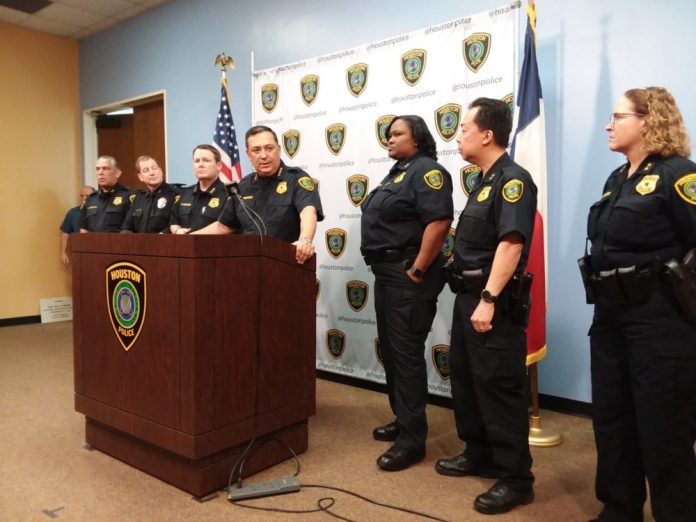 Houston Police Chief Art Acevedo said the case agent who led a January 28 deadly raid in which five officers were wounded and two people were killed may have lied about a confidential informant.

The Houston Chronicle reported that the officers conducting the internal investigation about the raid have not been able to locate the informant that allegedly bought heroin at the house located at 7815 Harding.

Although Acevedo didn’t mention the name of the case agent in charge of the operation, the Chronicle reported he is Officer Gerald Goines, based on a warrant affidavit which is part of the internal investigation.

According to the warrant, as reported by the Chronicle, Goines named two different informants in two different interviews from his hospital bed. The two informants told investigators they had worked for Goines on other cases, but had no knowledge of the January 28 raid.

Goines has worked for HPD for more than 30 years.

Acevedo said the case agent will be relieved of duty when he gets out of the hospital and added he thinks the officer will face criminal charges. He said prior cases handled by Goines will be reviewed, and the entire narcotics unit will have their practices audited.

Acevedo insisted that HPD did have sufficient reason to investigate the house where the raid was conducted, pointing to a 911 call about heroin in the home and other suspected activity there.

The shootout occurred when a group of officers were serving a “no-knock” search warrant to seize heroin at 7815 Harding Street. According to a timeline, a pitbull dog attacked them upon entering the house and an officer shot and killed the dog. Subsequently, a male suspect came from the back of the house and opened fire. An officer was hit on one of his shoulders and fell on a sofa in the living room.

At that time, a female suspect went towards the fallen officer reaching over him and tried to get his gun and that’s when back-up officers shot the female suspect, after which an exchange of gunfire continued. The suspects, a married couple, died in the shootout.

Last Friday, the Houston Chronicle reported the results of the search warrant indicate that the officers only seized 18 grams of marijuana and 1.5 grams of an unknown white powder, which later was confirmed as cocaine, but no heroin. They also found two shotguns and two rifles inside the house.

HPD’s Internal Affairs department and Special Investigations Unit are investigating the operation, and one of the officers involved has been relieved of duty.

The investigators will examine the phone call history, as well as emails; text messages; photos; and videos, of Goines’ phone and also of the officer who has already been relieved of duty.

Houston Mayor Sylvester Turner released a statement on Friday afternoon about the internal investigation and said he wants it to be completed as soon as possible.