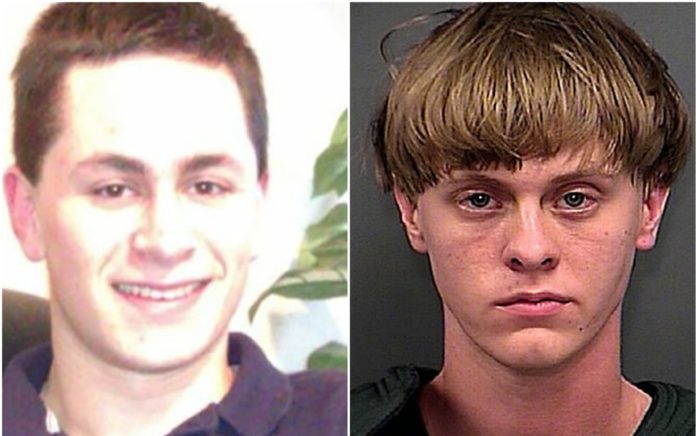 Here we go again. Mark Anthony Conditt, the 23-year-old man who terrorized all of Austin by setting bombs that killed two people and maimed others, is being handled like a china doll by the authorities and the media. They refuse to look at him as the terrorist he is and instead as a poor, misguided kid who just, aw shucks, really wanted to hang out with Jenny Sue that one time and never quite got over it.

Austin police chief Brian Manley described Conditt’s 25-minute confession as “the outcry of a very challenged young man, talking about challenges in his personal life, that led him to this point.” Texas Gov. Greg Abbott even hesitated to call Conditt a “terrorist” in a press conference. Neither of these responses surprise me because they came from white men. Who live in Texas.

Let’s look at the tape: Conditt’s first two attacks seemed to target minority communities. His bombs killed two Black men and seriously injured a Black woman and a Hispanic woman. Conditt blew himself to smithereens when he saw the authorities were on his ass, knocking back an officer in the explosion. In other words, a suicide bombing. Now, who do we associate suicide bombings with? Give me a second…I know it’ll come to me….

Conditt terrorized an entire city for the month of March. Authorities asked entire neighborhoods of a city just shy of a million residents to stay indoors, preventing citizens from getting to their jobs or whatever else they had to do. This is the definition of domestic terrorism. Hell, the word “domestic” isn’t even necessary.

The media may not be able to control what photos they can get, which is why we’re all seeing a photo of Conditt looking like he’s the lost cast member of a Hannah Montana-era Disney Channel show, but they certainly have the ability to call a spade a spade. The Los Angeles Times said the issue “revives debate” over the “terrorism” title, but it’s about as much of a debate as whether sugar or salt belongs in grits: there’s only one answer, and you’re a full-blown idiot if you don’t know it.

White Boys Get a Pass

We’ve seen this countless times before: Politicians asked us not to “politicize” the issue when Las Vegas shooter Stephen Paddock’s pasty-white ass massacred a bunch of people and generally dodged the “terrorist” label. Dylann Roof slaughtered Black people in a church in a clearly a racially-charged attack and we’re told not to call him a terrorist.

Some deeply disturbed white boy gets his hands on a semi-automatic rifle, enters a school and shatters the hearts of dozens of parents in the course of a few minutes, and we hear suggestions that we should just be nicer to bullies to avoid this type of thing.

Meanwhile, the goddamned FBI labeled “Black Identity Extremists” (read: n—-s who are actively protest more than 400 years of the bullshit) as domestic terrorists who are a “growing threat” to cops. Last time I checked, your average white American cop is totally in danger of being beheaded by the cardboard signs your average Black undergrad protestor is armed with at a rally. Right.

No one anywhere had a problem with labeling Dzhokhar Tsarnaev, a white guy who happens to be an immigrant with a “funny-sounding” name, a “terrorist” after he murdered and maimed several people in his Boston Marathon bombing attack in 2013.

All they needed to know was that he was raised Muslim. That’s it. Your baby’s mama’s cousin’s third uncle could have visited a mosque that one time in the 1980s and you’re automatically branded a Muslim terrorist extremist if you so much as shoot off a bottle rocket.

You need only watch the national news regularly to see that white, non-Muslim men are a much more pervasive domestic threat than any brown folks who pray to Allah. But, white supremacy is what it is, so let’s all just gather ‘round and feel bad for poor Mark Anthony Conditt.

If only he weren’t bullied as a kid.