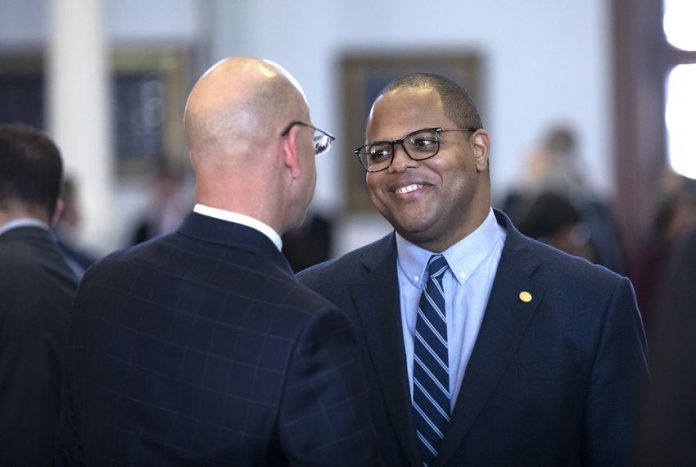 Being the mayor of the third-most populous city in Texas certainly requires a lot of work hours, but Dallas City Hall’s management structure gives the mayor freedom to take on more than just the city’s responsibilities.

Mayor Eric Johnson took a job last month as a partner with the national law firm Locke Lord, The Dallas Morning News reported. This left some Texans wondering how the head of a city so large has the time to work a second job. The answer comes down to the city’s style of government.

The responsibilities of a mayor vary based on which form of government the city uses. A mayor-council form often gives the mayor many executive powers. Conversely, a council-manager form tends to decentralize the mayor’s power and looks for an experienced manager to make administrative decisions. However, city governments aren’t uniform and can have unique rules for officials.

Dallas uses a council-manager form, meaning the mayor’s key powers include appointments, setting the council’s agenda and acting as the city’s main figurehead. This leaves the day-to-day operations of the city to City Manager T.C. Broadnax.

In contrast, the city of Houston’s management is built around a strong mayor position, resembling a mayor-council government. Sylvester Turner is the mayor of Houston by title, but he also fulfills the functions of a city manager. This means Turner makes more day-to-day decisions about the city’s operations than his North Texas counterpart, according to Alan Bernstein, Turner’s spokesman.

“I’m not saying that the Dallas mayor’s job is not full time; don’t get me wrong. But responsibilities that directly fall under the mayor of Houston in our form of government are larger than in Dallas,” Bernstein said.

Other large cities like San Antonio and Austin use a style similar to Dallas’.

The divide in work responsibilities can also be observed in officials’ salaries. Turner is paid $236,189 to be the city’s chief executive, whereas Johnson is paid $80,000 annually. But both salaries are fractions of the almost $400,000 Broadnax makes to manage Dallas City Hall. However, Johnson and his spokesman, Tristan Hallman, do not consider the mayoral position to be a part-time gig by any means.

Plenty of city officials in Texas practice law or hold down other full-time jobs while in office.

“Even when he’s not here, we hear from him all of the time. I don’t know when he sleeps,” Hallman said. “I can assure you that Mayor Johnson works more than a full schedule handling his official duties. He has made clear that he will practice law as time allows, just as other city officials and council members have done in the past.”

Before joining Locke Lord, Johnson worked with the law firm Orrick, Herrington & Sutcliffe. But he left the firm to avoid a conflict of interest because the firm represents the city of Dallas concerning public finance law. Johnson insisted the city would remain his primary focus even while he takes on another job.

“To Dallas’ residents, I want to say that my duties as Mayor will always come first,” Johnson said in a Locke Lord statement. “And I will always do so in accordance with all applicable laws, as well as the ethical standards of the legal profession, with respect to conflicts of interest.”

The partnership with Locke Lord would be a further addition to Johnson’s existing obligations of chairing the Princeton Prize in Race Relations and serving as a board member for the Dallas/Fort Worth International Airport.