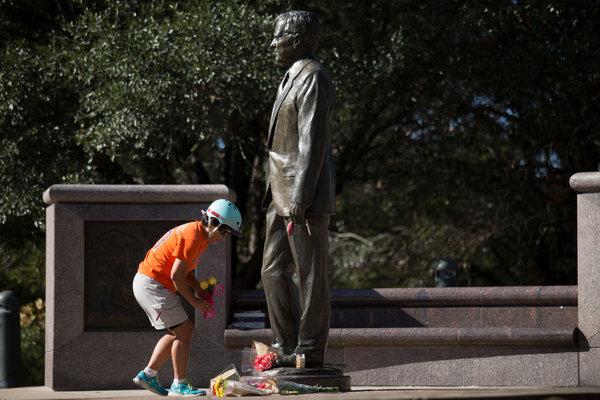 Hundreds of Houstonians are expected to gather at City Hall Monday night for a tribute to President George H.W. Bush.

Hosted by Mayor Turner, the mistresses of ceremonies for the event will be community leaders and former news anchors, Linda Lorelle and Shara Fryer.

Some of his favorite performers, including Clay Walker, Yolanda Adams, and the Gatlin Brothers’ band will be there. La Mafia is also expected to perform during the celebration. In addition, clergy organized by Interfaith Ministries of Greater Houston will offer prayers.

Attendees are urged to wear their own colorful socks in tribute to Bush 41.

“President George H.W. Bush and former First Lady Barbara Bush were leading lights among our caring Houston neighbors,” Mayor Turner said. “I invite all Houstonians to join us at the tribute.”