DefenderNetwork.com
Home NEWS Local & State District B Residents Likely Won’t Elect A Councilmember Until May — At... 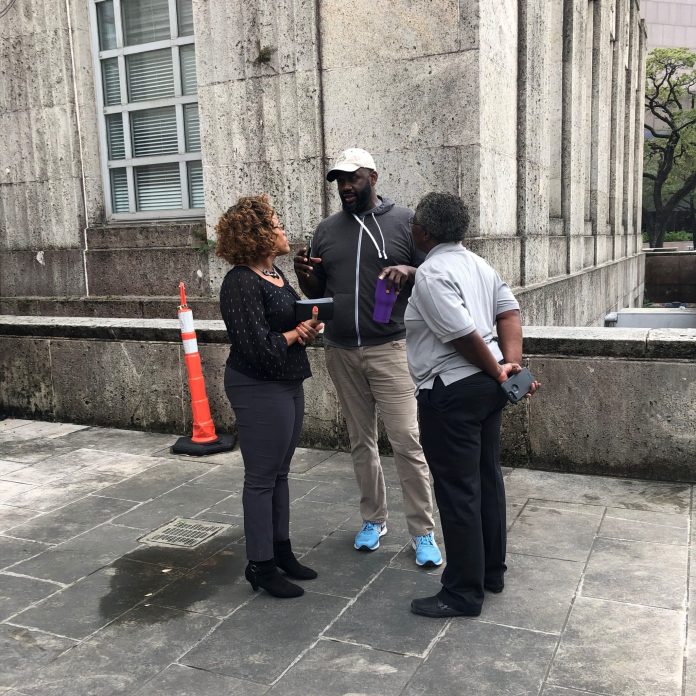 Mayor Sylvester Turner said Wednesday he hopes District B residents will be able to vote in the disputed City Council runoff race in March, but now a May election is looking more likely.

“The earliest the election would be, would be in March, and it’s my hope that people in District B will get an opportunity to vote in March,” Turner said Wednesday.

But according to the Harris County Attorney’s office, the city’s runoff race won’t be on the March 2020 ballot, because state election code prohibits any other election from being held on the same date as a primary election. After the March primary election, the next scheduled election date is Saturday, May 2.

Most Houston runoff elections were held Dec. 14, but residents in City Council District B are still waiting. Renee Jefferson Smith, the third-place candidate in the race, is contesting the November general election results because she says the second-place candidate, Cynthia Bailey, isn’t eligible to be on the ballot because of a felony conviction.

District B’s current representative, Councilmember Jerry Davis, is term-limited, but according to the Mayor’s Office, he’ll continue to serve until his replacement is elected.

Some District B residents hoped the race would be on the ballot in January, but the deadlines for that election have passed. The case was further delayed earlier this month when Harris County Judge Cory Sepolio said he was disqualified because state law requires an election contest to be heard by a judge outside the county where the election is taking place.

Friday morning, Presiding Judge Susan Brown told attorneys she will contact the Supreme Court to urge them to rule before the end of January. Attorneys representing Jefferson Smith, Bailey and the frontrunner in the race, Tarsha Jackson, appeared frustrated by continuing delays in the case. The runoff election might not be held until the state Supreme Court rules on whether Bailey is eligible to be on the ballot.

Jefferson Smith’s attorney Nicole Bates told Houston Public Media in November that the City could have avoided a special election.

“They’ve been unresponsive, and I’ll just leave it at that,” Bates said. “But there are things in the code that require the city to do something and that just hasn’t been done.”

District B’s population is 48% African American and 45% Latino. With a median income of $31,925, it’s the poorest district in the city, according to a 2017 estimate from the City Planning Department.

After the legal challenge is resolved, Harris County requires seven weeks notice before the election can be held.

There are unresolved questions in the race for City Council District H, as well. On Election Day, incumbent Councilmember Karla Cisneros beat challenger Isabel Longoria by only 12 votes. Longoria hasn’t yet decided whether she will pursue a recount.

“We’re waiting for the results of the Final Count which we expect shortly after 5:00pm [Friday],” Longoria said.