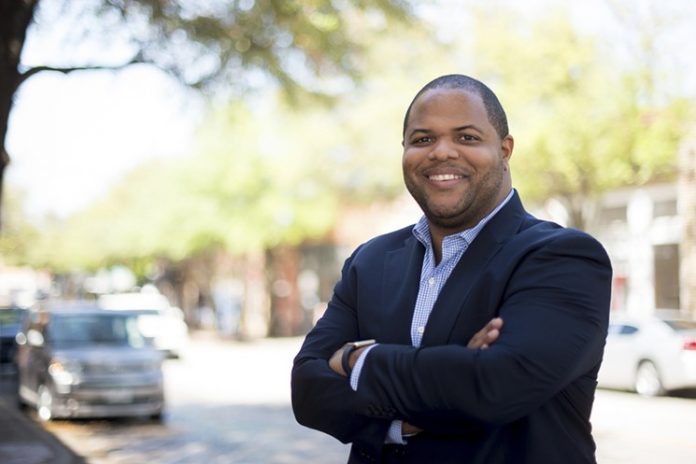 Johnson led by approximately 15 percentage points when Dallas County released early voting totals at 7 p.m. and the lead only widened as more votes were counted.

“This is one of those moments that you think you’re prepared for — but you’re never prepared for something like this,” Johnson said.

The gathering demonstrated the winning coalition he assembled to win. Members of the city’s business elite were there along with people from the West Dallas neighborhood where Johnson grew up and the southern Dallas district Johnson represented in the Texas House.

“We were not what you would consider a political family or well to do family. But what Dallas proved tonight is that none of that matters,” Johnson said. “The sky is the limit for anyone in this city.”

Supporters who took the stage before Johnson Saturday night said there was something special about a man who rose from a humble beginning, attended Harvard, earned a University of Pennsylvania law degree and rose to become Dallas Mayor.

Johnson and Griggs were the top vote-getters in the May 4 balloting for Dallas mayor, with Johnson receiving the most votes the first time around.

He prepares to take office at a critical time for Dallas. The city is currently trying to combat a spike in violent crime not seen in decades. It has a police force that is short nearly 700 officers. And it continues to have one of the largest racial wealth gaps of any major city.

But Johnson said he’s ready to get to work.

“The voters of Dallas, I think, were very clear in this election that they want that,” Johnson said. “They want big ideas, they want bold solutions, and we’re going to give the people of Dallas that.”