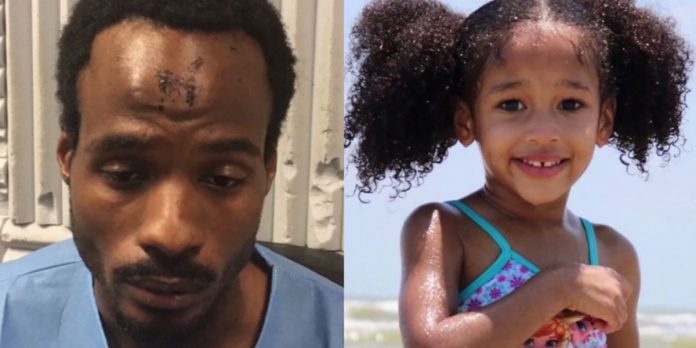 The father of the sole person of interest in the case of a missing four-year-old girl said Maleah Davis’ disappearance was in spite of his son, not because of him. Joe Vence spoke on Monday to local news outlet KHOU in his first public comments since Derion Vence, the Maleah’s stepfather, was arrested last week.

Joe Vence suggested that the focus of the investigation should shift from his son to Maleah’s mother, Brittany Bowens, who has also been the subject of speculation surrounding her daughter’s disappearance

“She told my son the night of the disappearance, I’m about to get a Lifetime movie out of this,” Joe Vence told KHOU about Bowens.

Joe Vence also said his son was “set up,” though he didn’t make clear who he thought may have set up Derion Vence, 26, who was ultimately arrested for tampering with a corpse after investigators said they found traces of Maleah’s blood in Derion’s car.

“I just feel they set him up some sort of way. I know he didn’t do anything to her,” Joe Vence said about his son and Maleah. “He loves her. He’s been taking care of her since she was 1 years old.”

Previous reports indicated that investigators were reportedly focusing their search on the on a rural area of Rosharon, where Vence allegedly once had a mail route. But Joe Vence, who said his son was “innocent and I believe his story,” added that and other information published in the media was incorrect.

“My son never worked on a post route ever in his life,” Joe Vence said, questioning why Bowens would trust his son with Maleah is she suspected he abused the girl. “He’s not a violent person. He has no violent past at all. Why would you leave your children at home with him if he’s doing all these things?”

Derion Vence originally told the Houston Police Department’s Homicide Division that he, Maleah and his two-year-old son were on their way to George Bush Intercontinental Airport to pick up Maleah’s mother, who was flying in from Massachusetts the night of May 3. He said he pulled over after hearing a “popping noise” when a blue pickup truck pulled up behind his vehicle. He said two Hispanic males got out and hit him in the head, knocking him unconsciousness until he woke up the next day to find Maleah missing and his son still there. He said he then walked to a hospital, received treatment before he finally reported Maleah as missing.

It was reported soon afterward that Maleah and her brother had been removed from her mother’s home following reports of abuse. Maleah reportedly had multiple brain surgeries due to physical abuse.

Maleah’s father suggested that Derion Vence was the only one who knew the truth about the missing little girl.

Protesters demonstrated against Bowens after a court appearance on May 13. There were reports that Derion Vence was going to charged with murder that day, but the hearing was abruptly canceled. As Bowens made her way of the courthouse, she was greeted by a mob of protesters screaming “murderer” and “justice for Maleah.” One person reportedly yelled, “Why isn’t she locked up?”

It was only after the speculation about herself that Bowens said Derion Vence had previously spoken to her about how he would murder someone and where he would dump the body.

Although the search for Maleah was technically suspended last week, volunteers have still been looking for her.

“Every day we’re still doing something,” Tim Miller, founder of the nonprofit search and rescue organization looking for Maleah, told the Houston Chronicle on Tuesday. “We can only go on what we have. We can’t just shoot an arrow in the sky and wherever it comes down start a search there.”