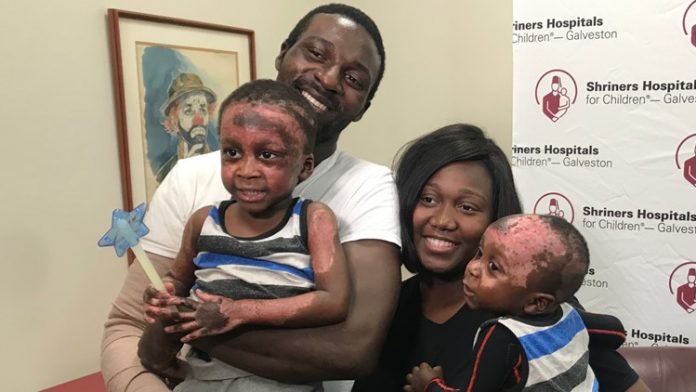 It was a horrific crime. A family was targeted in an apparent road rage shooting that ignited fireworks in a car carrying two young children and their parents. The video in this story may be hard for some people to watch.

It happened back on July 4 and the family is still recovering at Shriner’s Hospital in Galveston. Tonight, we’re talking to the family two months after the shooting that left them all with a long road to recovery.

“I’m just in this clouded cab with the fireworks going off,” he said.

His two boys – Messiah and Bentley – burned as they sat strapped in their car seat.

A teen – Bayron J. Rivera – surrendered a couple days later and was charged with several counts of aggravated assault.

Rivera reportedly later opened fire on the family’s vehicle, which started the fire.

The family has started a GoFundMe to cover their medical bills.