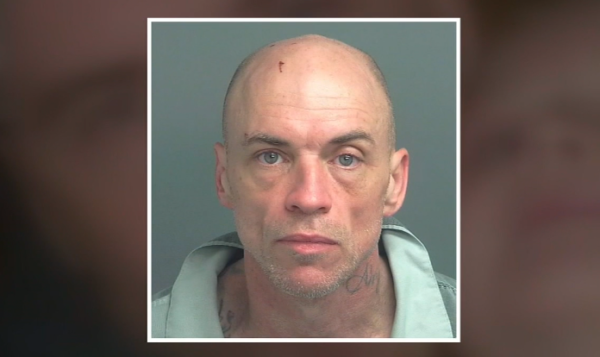 The family of a man whose face was plastered across social media as a possible suspect in the tragic killing of 7-year-old Jazmine Barnes says enough is enough.

Hailey Cantrell told Houston’s ABC 13 that despite the arrests of two suspects in the case, as early as Monday, her Facebook account has been flooded with hateful and threatening comments regarding her uncle, Robert Cantrell.

“‘I hear, ‘Someone is going to rape, torture and murder the women and children in your family,’” Hailey read from one of the comments.

A police sketch and photos of her uncle, who is white, began circulating last Friday as Texas authorities worked to track down Barnes’ killers. The 7-year-old was fatally shot Dec. 30 as she and her mother were headed to a local Walmart. Police said a suspect pulled alongside the family’s car and opened fire.

Barnes’ mother, LaPorsha Washington, and three teenagers who were riding in the car at the time were also injured in the shooting.

On Sunday, the Harris County Sheriff’s Office announced that Eric Black Jr., 20, had been arrested and charged in Barnes’ death. A second suspect, 24-year-old Larry Woodruffe, was also charged in connection to the deadly shooting. Both men are African-American.

“Investigators do not believe Jazmine’s family was the intended target of the shooting,” authorities said. “They were possibly shot as a result of mistaken identity.”

As for Cantrell, police said he was mistaken for a suspect after multiple witnesses spotted his red pickup truck fleeing the scene of the crime. Prominent activist Shaun King, who’s credited with providing the sheriff’s office with the tip that led to Black and Woodruffe’s arrests, remained skeptical, however.

In a now-deleted Twitter post, King wrote to his more than one million followers, “We’ve had 20 people call or email us and say he (Cantrell) is a racist, violent (expletive) and always has been. Just tell me everything you know.”

“When Jazmine Barnes was killed I pledged to find who killed her. We did that,” the activist wrote in a separate post. “The men who were arrested shot her. That I know. But I’ve studied this case for nearly 60 hours. And something’s not right. Key details are missing in the story. I no longer trust the timeline.”

ABC 13 noted that Cantrell is no stranger to the law and is currently behind bars on a long list of felonies. Hailey Cantrell said she knows her uncle is no saint but insists he is not a racist and would never kill a child.

S. Lee Merritt, an attorney hired by the Barnes’ family, said the family is relieved that the real killers are in custody.

“The family was surprised & relieved [by arrest],” said Merritt, a prominent civil rights attorney during a press conference. “They wanted the right person to be convicted, not a white person. We often don’t emphasize the death of black & brown children. We all have a role getting justice for any child of gun violence.”