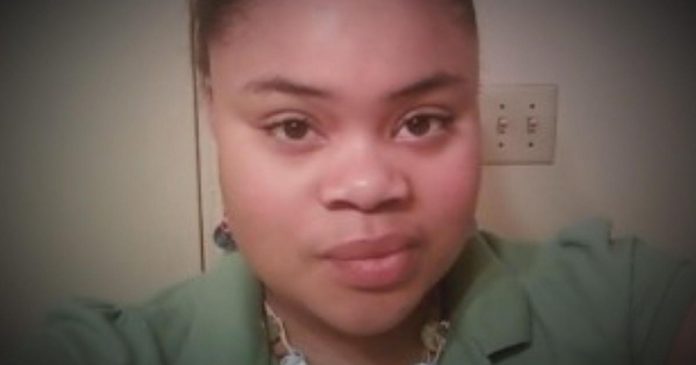 Atatiana Jefferson was devoted to her family and had moved into her mother’s Fort Worth home earlier this year to help as her mom’s health declined, relatives said.

With her mother in the hospital, Jefferson and her 8-year-old nephew were the only two people home early Saturday when a police officer fired a gunshot through a back window, killing Jefferson.

The 28-year-old Jefferson, who family members sometimes called “Tay,” and her nephew had devoted their night to Call of Duty and were still up playing the video game when the officer shot. They had the front door of the home open to let the cool breeze in, said Lee Merritt, an attorney for Jefferson’s family.

“They did that all night — from sunset until the time that they lost track of time … when they heard someone prowling around in the bushes,” Merritt said during news conference with her family Monday.

“He and his Auntie Tay experienced the fear of someone prowling in the backyard,” Merritt said. “His Auntie Tay did not allow him to check the window, she checked herself.”

The white Fort Worth officer, responding to a call from a neighbor who was concerned about the open door, fired a split-second after shouting at the black woman to show her hands. Police bodycam video shows the officer didn’t identify himself as police.

He resigned Monday and was later charged with murder.

“My sister, the relationship she has with my sons is undescribable. Sometimes people think that they are her kids and not mine,” said Carr, who also has a 4-year-old son.

She said the last time she spoke to her sister was a week before she was killed.

“She came to the hospital in Plano where I was recovering from a major heart surgery. She came and brought me food, she brought me a new cellphone,” Carr said at the news conference.

Jefferson loved playing basketball and video games with the 8-year-old, but she also helped him understand he had to be responsible for getting himself ready for school each morning and wrote him a schedule to help him get organized, Carr said.

“She helped him become more independent and self-sufficient,” she said.

Jefferson grew up in the Dallas area. She graduated from Xavier University of Louisiana in 2014 with a bachelor’s degree of science in biology, and her family said she worked from home selling medical equipment. Merritt said Jefferson was considering going to medical school and had been studying for the Medical College Admission Test.

Another sister, Ashley Carr, who read from a statement prepared by the family, described Jefferson as “a smart, ambitious, kind person with an adventurous spirit.” She also called her a hard worker.

She was good about saving money, the family said after the news conference. They had been paying someone to cut the grass at the mother’s home, but Jefferson bought a lawn mower and weed eater when she moved in and even taught her nephew how to mow.

When Carr picked the 8-year-old up at a facility where police had taken him after Jefferson was killed, it was the boy who told his mother about the shooting.

In the days since, the child has been the one comforting his mother. Carr said she can see Jefferson’s loving influence in the boy’s actions.

“In the middle of the night when I’m crying, he wakes up and tells me to breathe in my nose and out my mouth,” Carr said at the news conference. “He holds me, he hugs me.”