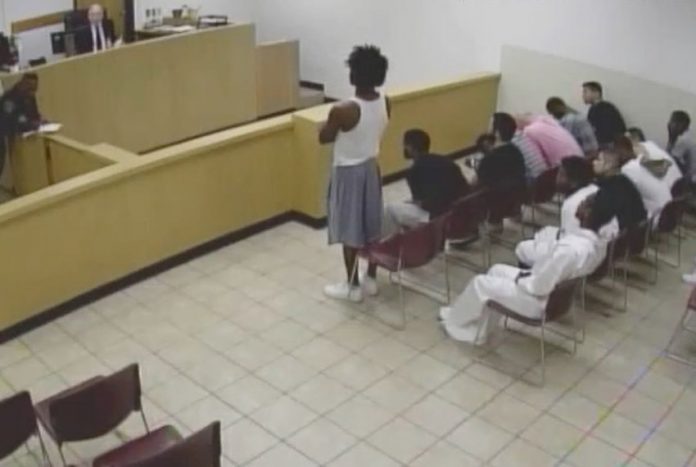 Supporters of a proposed legal settlement that would ensure most Harris County misdemeanor defendants are quickly released and don’t languish behind bars because they can’t afford bail say that opponents are telling “scare stories” about dangerous criminals to try to scuttle the deal. U.S. District Judge Lee H. Rosenthal held a final hearing on the settlement Monday. A staffer with Rosenthal’s court told News 88.7 she will make a final ruling at a later date, but didn’t specify when the decision could be announced.

During a three-hour hearing in federal court, law enforcement officials told Judge Rosenthal they are in favor of bail reform in Harris County, which includes Houston, but that the proposed settlement doesn’t do enough to ensure the safety of the public and crime victims.

At issue is a court-supervised plan, called a consent decree, that criminal justice reform advocates say would end policies in the country’s third largest jail system that kept poor people and minorities locked up only because they couldn’t afford to pay a few hundred dollars for their release and coerced many to plead guilty just to get out of jail.

Rosenthal, who has already given the agreement preliminary approval, listened to final arguments for and against the settlement.

Under the agreement, nearly all misdemeanor defendants would be released on personal recognizance bonds that require no money be paid, usually within a few hours after being taken into custody.

But people facing certain types of misdemeanors, including domestic violence and a second or subsequent driving while intoxicated charge, wouldn’t be automatically released and would have to appear before a magistrate judge.

Judges who handle misdemeanor cases already put these rules in place in February and the consent decree would solidify them.

Harris County Sheriff Ed Gonzalez, whose agency operates the county jail, told Rosenthal he supports the agreement because it falls in line with constitutional protections related to pretrial release and the idea that one is innocent until proven guilty.

“Money alone does not make us safe. … Arrest does not equal guilt,” Gonzalez said.

Opponents of the proposed settlement told Rosenthal that it doesn’t allow for a case by case assessment of misdemeanor defendants and instead issues a blanket order allowing most to be freed without any review of potential dangers they might pose.

“Public and victim safety must be paramount to any reform,” said Andy Kahan, with Crime Stoppers of Houston.

During the hearing, Adam Biggs, a lawyer with the Texas Attorney General’s Office, highlighted the case of Brandon Bell, a 17-year-old who had been arrested in Houston last month after being accused of a carjacking.

Authorities say after Bell was freed on a personal bond, he committed another carjacking, assaulted a priest and shot and wounded a police officer before being killed.

Neal Manne, one of the attorneys representing the misdemeanor defendants who sued the county, said the Bell case was one of the “scare stories” that authorities have tried to use to create public fear about the agreement.

Manne said problems with the Bell case lie with prosecutors, who waited 10 days after his arrest to charge him with a felony. When he was first arrested, he was only charged with a misdemeanor that was eligible for a personal bond.

“I understand there are outlier cases. I don’t think it’s effective to develop public policy based on outliers,” Gonzalez said.

Biggs also told Rosenthal that the attorney general’s office was concerned that the consent decree might violate a 2017 Texas immigration law that requires local authorities to cooperate with federal immigration officials.

Gonzalez and others who support the consent decree said the agreement would not violate that law.

The settlement stems from a 2016 lawsuit, which is similar to ones filed in other states and is a part of a broader push in the U.S. for changes to bail systems.

Bail reform in other states

States that have passed bail reforms in recent years include Delaware and New Hampshire. In Chicago, changes to the Cook County bail system have prompted criticism from the city’s mayor and police chief.