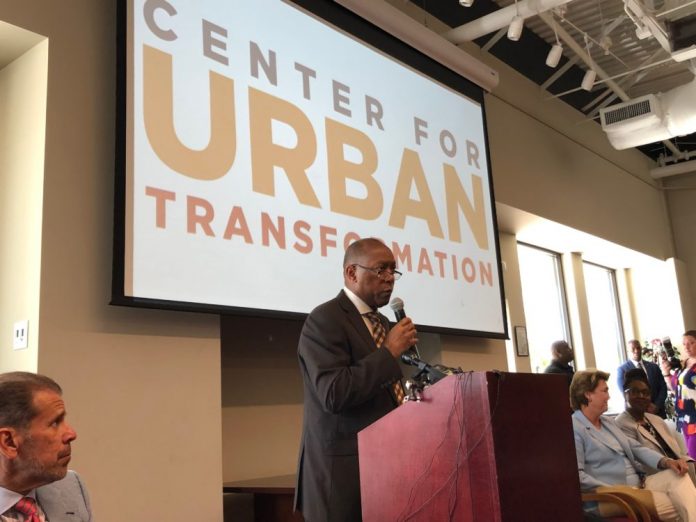 A new program in the Fifth Ward is trying to cut down on the number of students from the area who are incarcerated.

The Center for Urban Transformation is accepting students between the ages of 12 to 16 who commit crimes on their school’s campus to participate in their juvenile justice diversion program, which focuses on mentorship and community service, rather than having the children enter the court system.

Ogg said that in addition to cutting down on punitive measures, it will be a faster way to help at-risk students.

“What we see in our juvenile justice system is we can’t push kids to develop properly by pushing them through a system that takes a year to get out for something they did at school,“ she said

The emphasis on this program is to build “complete communities,” as Mayor Sylvester Turner said at a press conference announcing the launch of the program.

“We don’t need just to lock them up, we need to divert them,” Turner said. “But we need to make sure as we divert them that we are putting them on a course that will uplift them.“

The program will be active on several HISD campuses, including Wheatley High School and Flemming Middle School.

Reverend Harvey Clemons Jr. from Pleasant Hill Baptist Church said that this program is not meant to be soft on crime, but rather rebuild the community as a whole.

“This is really about how we make our communities safer, while at the same time being more intelligent about the approach with how we deal with our children and our youths,” he said.