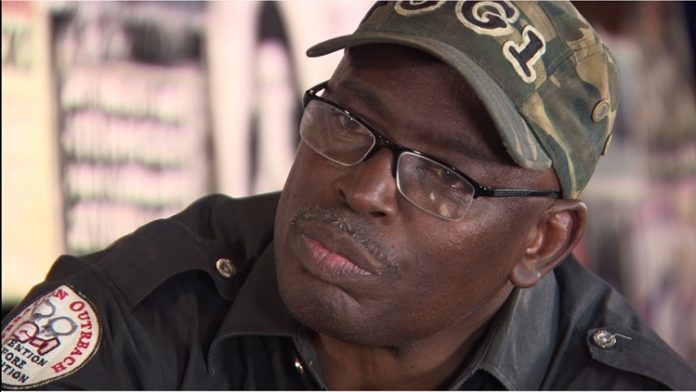 Reginald Lewis Gordon hid every day. At home, away from his father’s abuse. At school, in the back of the classroom.

At night, Gordon watched his father, a steelworker and truck driver, kick his legs on the couch and chug alcohol all evening. In the morning, when his uber-religious mom woke her six children up for school, Gordon saw his mom’s black eyes and bruises.

“She would tell us, ‘Don’t worry about it. Your daddy, he just had too much to drink,’” Gordon, now 58, said. “I would look at my mother like, ‘Why would you let this man hit you like this here?’”

His mother told him not to tell anyone about his father’s abuse, which angered him—anger that he carried to school.

At 14, Reginald Gordon got caught up in a gang in his southwest Houston neighborhood.

That’s why the quiet, skinny teenager sat in the back row of his seventh-grade classroom, hoping teachers at Richard Dowling Middle School ignored him. He feared embarrassment: What if other kids heard him struggle to read simple sentences? He learned through the years that if he showed up on time, most teachers ignored him.

“If you showed up every day, they passed you to the next grade because they didn’t care if you were dumb or not,” Gordon said. “So, I was a dumbass in the seventh grade.”

At 14, all Gordon wanted was support—from his parents, his teachers, anyone—but when he didn’t find it at home or school, he turned to a local gang. He started skipping class with people who seemed to care and understand his pain. His gang promised him the loyalty, respect, power and security he craved.

“When we’re not accepted by people that’s supposed to love us and look at us and look through us, we find other people to make promises and good promises to us,” Gordon said.

They cut class to smoke and drink, of all things, wine at a local food store. They robbed people and stole from stores on South Post Oak Road to make money. Then the Houston Police Department dragged Gordon and two others for questioning.

They were suspects in four violent robberies.

Houston has 353 gangs and nearly 20,000 documented gang members. That’s four times the number of uniformed police officers. KHOU 11 Investigates analyzed six years’ worth of reports and found that gang crime happens in almost every part of the city. The hottest spots for such crimes are in southeast Houston, according to HPD data, where four neighborhoods rank among the police department’s busiest for gang activity.