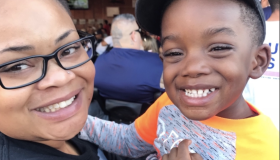 Some might call this too little, too late. However, the Fort Worth Police Department is making changes after the shooting of Atatiana Jefferson. Oct. 12, the 28-year-old was shot and killed by former Fort Worth police officer Aaron Dean.

Mayor Betsy Price is blaming Jefferson’s killing on a “rookie” mistake. Dean was only on the force for 18 months. “One thing I do have concerns about, and Chief Kraus is already addressing it, is the pairing of two rookies together, particularly on a late-night shift,” the mayor stated. She claims that is “quickly being undone.”

Since June of this year, Fort Worth police have fatally six people, four of them being Black. It sounds like the Fort Worth Police Department need to do more than not pair rookies together. There have been plenty of police shootings that happened by officers who weren’t rookies.

According to her Facebook and LinkedIn pages, she worked at and attended the historically Black college Xavier Universityof Louisiana.

The neighbor who called the non-emergency police number in Fort Worth said he only reached out to police because he found it curious that her lights were on and her door was open at such a late hour. James Smith said he was concerned because he said he knew Jefferson’s young nephew was there with her. But now, Smith said he regretted contacting law enforcement about Jefferson, who he called his friend.