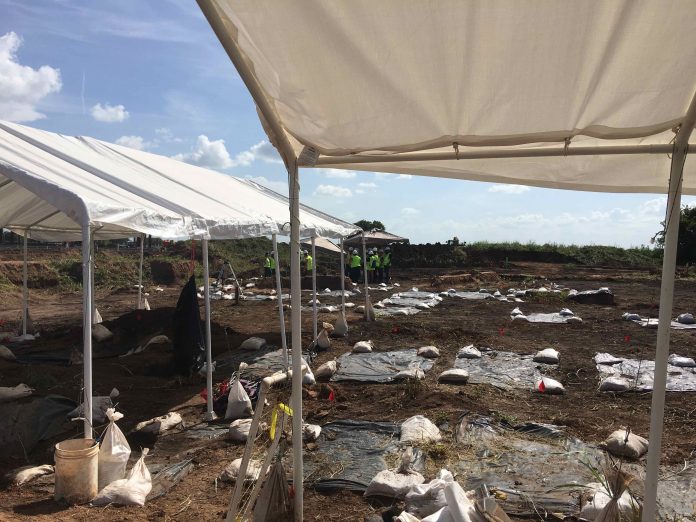 Fort Bend County District Attorney Brian Middleton is getting involved in the discussion about what Fort Bend ISD should do with the remains of whom are believed to be 95 African-American prison inmates who were forced to work in the sugar cane fields while they were serving their time.

The remains are on a site where the school district was constructing a Career and Technical Center. Fort Bend ISD has said they don’t believe having human remains along a school building is appropriate and has proposed moving them to Sugar Land’s Old Imperial Farm Cemetery, which is close to the site where the remains were discovered and is believed to contain graves of guards and prisoners who were once part of the Imperial State Prison Farm.

Middleton has signed a letter sent this week to the Fort Bend ISD board members asking them to halt the construction of the facility and “keep the “Sugar Land 95” remains in their final resting place,” as reported by the Houston Chronicle.

Middleton, who is the first African-American elected to be District Attorney of Fort Bend County, told Houston Matters Tuesday that he didn’t initially think getting involved was his responsibility, “but as I started to reflect on the historic nature of my election, I felt that I had the duty to speak up on behalf of these Sugar Land 95.”

The District Attorney also underscored “the sheer numbers” of the discovered remains. “Ninety-five bodies, and that’s really what moved me is the sheer numbers of bodies. This was basically a dumping site for human beings and I think that that, you know, just outweighs any other consideration,” Middleton noted.

He added he believes the site “has historical significance and should be a historical landmark.”

Fort Bend ISD has spent nearly $5 million since the discovery and says building the planned facility elsewhere would cost an additional $18 million, according to the Chronicle’s reporting.

Middleton acknowledges that amount of money “does create a problem,” but is also confident that the involvement of elected officials could encourage donations to what he calls the “cause.”

Back in November, Veronica Sopher, Fort Bend ISD’s chief communications officer told Houston Matters they planned on memorializing the land where the remains were found. “The way the building is being built, we will be able to create space inside the building and outside of the building acknowledging what happened,” she said.