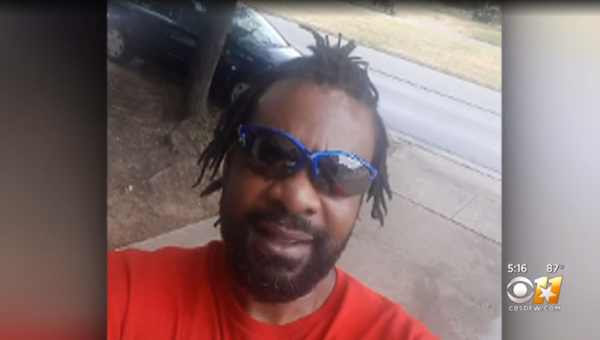 A group of activists are calling on Fort Worth’s Black community to boycott local businesses, as well as an upcoming art festival until there’s an arrest in the case of a man fatally shot by his neighbor.

Protesters took to the streets of downtown Fort Worth, Texas on Tuesday to demand justice in the death of Kevin Battle, who was struck in the face and the back of the head by his neighbor Mark Jabben on March 25. The killing reportedly unfolded front of Battle’s 5-year-old grandson, relatives said.

Police haven’t arrested Jabben, however, saying their evidence corroborates Jabben’s claims of self–defense after Battle allegedly tried entering Jabben’s apartment during an argument, CBS DFW reported. Battle’s relatives denied this, and have blasted the narrative put out by police regarding their loved one’s death.

Donnell Ballard, a Fort Worth activist who organized Tuesday’s march, vowed not to sleep nor rest until “[Battle’s] family gets what they need” and urged authorities to do the right thing by arresting Jabben.

“We are angry. We are upset. The family cannot sleep,” Ballard said. “We have a 5-year-old child who is scared of people now because of this.”

The activist then called on the African-American community to “boycott the city” by refusing to eat out at local restaurants or attend the Main Street Art Festival, which began Thursday, according to the Forth Worth Star-Telegram.

“Until an arrest is made, we’ll continue to be out here,” Ballard continued. “We’re angry and upset … We just had a man who was trying to figure out what was going on. ‘What did you say to my grandchild?’ That is what he was asking for.”

Battle’s son,  Kevin Battle II, who claims to have witnessed the deadly incident, said a dispute unfolded after Jabben allegedly called Battle’s 5-year-old grandson the n-word. When Battle’s grandson told him about the slur, Battle II said his father knocked on Jabben’s door to confront him.

Battle II told the Star-Telegram he was able to see his father from his position inside the family’s duplex, but not Jabben. He said he heard the two talking, then suddenly, gunshots.

Battle II insists his father wasn’t armed and was holding his grandson’s hand when he was gunned down. He also said about a week before the incident, Jabben had referred to the elder Battle using the n-word as well.

According to a spokesman for the Fort Worth Police Department, Jabben fired three shots after “Battle is believed to have attempted to enter into Jabben’s residence during [their] argument,” striking his neighbor in the head.

Still, activists are upset over the department’s decision not to charge Jabben with a crime.

“We cannot allow this white privilege to continue,” said protester Olinka Greene, who traveled from Dallas to show her support. “(Battle) was a protector. We need to get with the program and stop prolonging this.”

“In seeking justice for his grandson, he was murdered,” she told the Star-Telegram, arguing that Jabben’s freedom sends a message to Battle’s young grandson that his life doesn’t matter.

For now, the Tarrant County District Attorney’s office has been briefed on the case and is expected to take it before a grand jury for review.