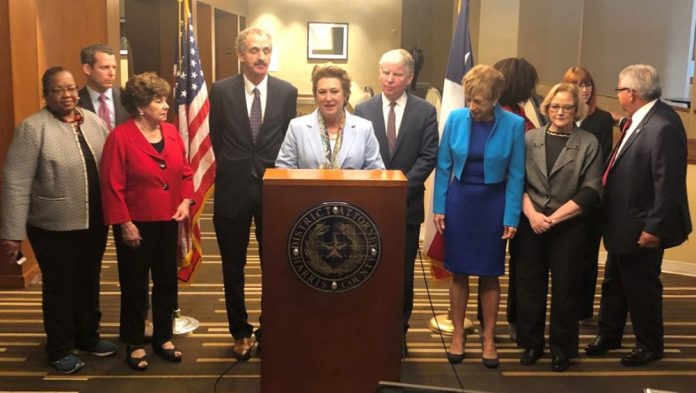 The Harris County District Attorney’s Office announced Wednesday it has launched a review of more than 1,400 criminal cases involving Gerald Goines, the Houston police officer who led a deadly drug raid on January 28. Twenty-seven of those cases are active.

The DA’s Office said in a news release it has sent notice to the lawyers in the 27 pending cases and notification in older cases will be ongoing.

According to the internal investigation about the raid, Goines may have lied about a confidential informant when he prepared an affidavit to request permission from a judge to conduct the no-knock search warrant that resulted in the deaths of Dennis Tuttle, 59, and Rhogena Nicholas, 58. Five officers, including Goines, were wounded in the operation.

District Attorney Kim Ogg said she has an “immediate ethical obligation” to notify defendants and their lawyers in Goines’ cases “to give them an opportunity to independently review any potential defenses.”

Goines, who has worked for the Houston Police Department for more than 30 years, has been relieved of duty and is currently under criminal investigation.

Below is the text of letters sent to attorneys in the pending cases under review, signed Tuesday by Trial Bureau Chief David Mitcham.

Please be informed that Houston Police Department Officer Gerald Goines has been relieved of duty and is currently under criminal investigation.  Consequently, this office has placed a hold on the above-referenced case pending conclusion of the investigation.  All questions regarding bail, discovery and any other pre-trial matter should be directed to the prosecutor handling the matter.