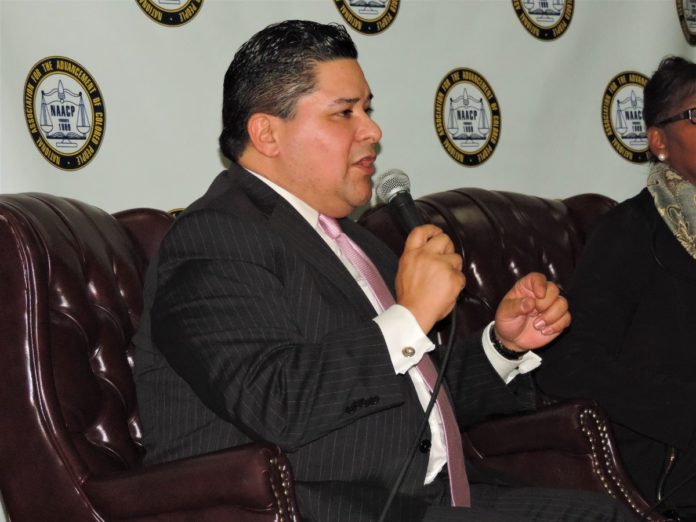 For the first time since announcing his resignation from HISD, soon-to-be former superintendent Richard Carranza spoke with KHOU 11 News about his reasons for packing up and heading to take over New York City Public Schools.

“I am truly not dissatisfied with Houston or Houston ISD,” Carranza said.

“For me, that’s just an opportunity we just don’t too many times in a lifetime,” Carranza said. “I’m not running from anything in HISD.”

Carranza’s departure comes right when the district needs real leadership. Schools are in danger of closing, the community continues to recover from Hurricane Harvey and the district is facing a gaping $115 million budget shortfall. All of those issues were on Carranza’s plate and now will be the responsibility of HISD’s next superintendent.

“I’m honored that people are paying so much attention to the fact that I’m leaving,” Carranza said. “It just shows they believed we were doing something and moving it forward.”

Carranza is leaving after only 18 months on the job.

“I was out of here in 16 months,” Carranza said. “I have a contract that’s up in 16 months. And there was no indication that it was going to be extended. I have a family and responsibilities as well.”

But it’s not the fact he’s leaving. It’s how he did that that’s ruffled feathers.

“Whenever there’s a change in leadership there will be angst,” Carranza said.

Mayor Sylvester Turner says he got a call Monday shortly before a press conference in New York City.

“Would I have preferred more notice? Yes,” Turner said. “The superintendent was in my office last week, and he didn’t mention to me that he was leaving, and we were discussing HISD.”

Carranza tells KHOU he has no regrets and is proud of his record at HISD.

“There’s been a lot of good work done in HISD,” Carranza said. “We’ve brought a culture where people understand we mean what we say.”

But to critics, his abrupt resignation mid-contract would contradict that. Carranza wants the community to know he has faith in HISD and its future well after he’s gone.

“I’m optimistic about what will happen with Houston,” Carranza said.

Carranza says he starts his new post in NYC in April. Meanwhile, the HISD Board is scheduled to meet tomorrow behind closed doors to discuss next steps in the search for his replacement.