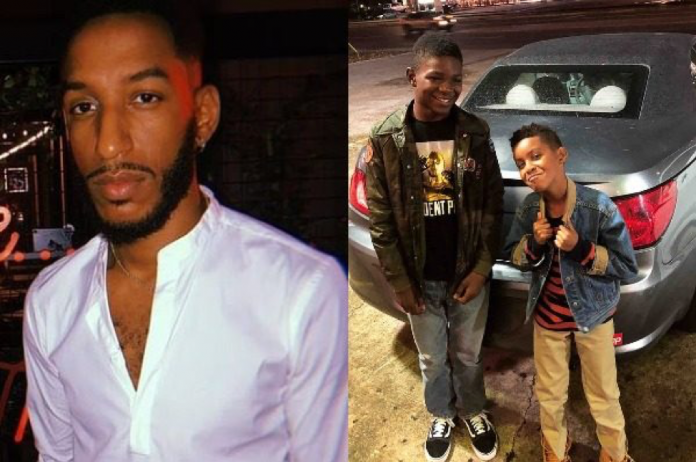 A local man is being applauded for choosing kindness instead of anger when confronting the boy who’d been bullying his son at school. Their heartening story has been shared thousands of times, and now the father says the two boys are closer than ever.

Aubrey Fontenot recently uploaded a Twitter video of himself taking the former bully, whose name is Tamarion, for a ride in an effort to get to the bottom of what was going on between that child and Fontenot’s son, Jordon. Fontenot, a local tattoo artist, said he simply wanted to know why his son was being picked on. That’s when he got an answer he didn’t expect.

It turns out Tamarion was himself being teased by other kids for wearing dirty clothes.

“I asked ‘Who? You’re big, who is picking on you?’ He [Tamarion] said ‘All the other kids, they make fun of me,’” Fontenot said.

A phone call to the boy’s mother revealed Tamarion’s family had fallen on hard times and was experiencing homelessness. Fontenot said he knew he had to do something and later treated Tamarion to a shopping trip, buying him new clothes and shoes.

“We have no clue what these children are going thru these days because a lot of us just don’t care,” Fontenot wrote in an Oct. 17 Facebook post. “And this isn’t a uncommon story for a lot of people .. so I spent a lot of my day yesterday by shopping and teaching this young man about self-respect. Integrity. Morals. Confidence. And other things that consist of going from a troubled youth to a great man.

“We all come from different backgrounds but we all share the same goal of success,” he added.

A once-timid Tamarion walked out of the store with confidence, and the two shared plenty of laughs, even singing a song on the way home, as seen in Fontenot’s heartwarming video.

The life lesson didn’t end there. The doting father posted a video the following day of Tamarion and Jordan sitting face to face, albeit awkwardly, to hash out their issues. The boys didn’t say much to one another at first.

“Speak your mind, son,” the tattoo artist says in the video. “This is a meeting. We’re having a meeting.”

Once the camera was off, Fontenot said the kids talked things over and were fast friends in no time, even playing video games together. The father said even he learned something from watching the two.

“It taught me something. I was angry at first, then I said let me try something different,” Fontenot said.

Fontenot has since launched a GoFundMe campaign to benefit Tamarion and his family, who’ve been staying at a hotel. So far, the page has raised over $24,000 in donations, more than exceeding its original goal of $7,000.