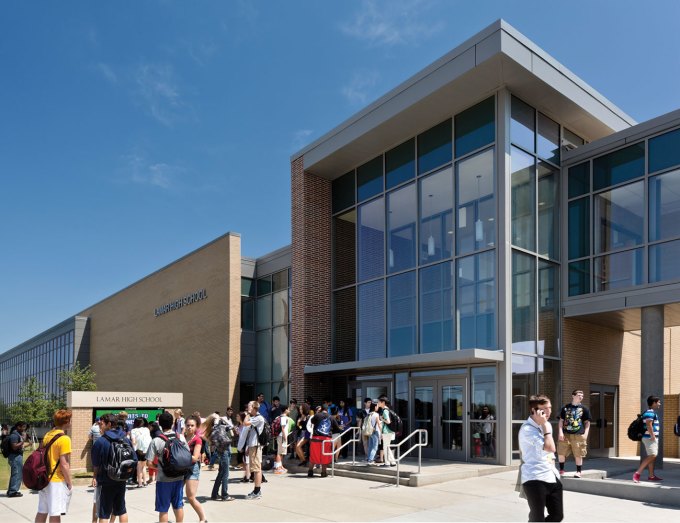 Less than two weeks after the Houston Independent School District school board rejected a $2 billion proposed budget for the next school year by a 5-4 vote, the same board unanimously approved the 2018-2019 district budget. The move came just five days before the state requires school budgets be approved by June 30.

The biggest difference between the two plans is that trustees lowered the amount they are setting aside for a performance review allotment from $2.5 million to $1 million. The $1.5 million difference will go toward operations and be administered out of the general fund reserve. The remaining funds will go toward a Legislative Budget Board review of HISD’s operations.

The budget reflects $83 million in cuts to both administrative services and campus spending that will include layoffs. HISD spokesperson Lorena Cozzari said the district is working with employees who could be impacted to find other positions within the district this summer, so the exact number of layoffs won’t be known until September. Each year the district loses about 2,000 employees to attrition, she said.

The budget includes about $13.5 million in new spending for special education and dyslexia services and another on a performance audit through the Legislative Budget Board.

In a June 4 budget workshop presentation, trustees heard how specific departments would be impacted. For instance, business operations would cut 208 positions and $15.6 million from its budget by reducing the number of maintenance and warehouse staff positions as well as eliminating the police department support staff. However, emergency maintenance and campus-based police officer positions would not be cut. Departments and schools should expect to see less daytime cleaning at facilities and less preventative maintenance work projects, the presentation said.

The $2 billion budget does include some increases, most notably $17 million worth for special education, dyslexia programs and the Achieve 180 program started under previous Superintendent Richard Carranza for underperforming and underserved schools.