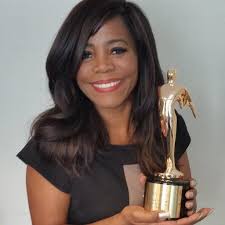 Darian Ward, the former press secretary for Mayor Sylvester Turner, surrendered Monday to the Harris County Sheriff’s Office after being indicted on charges of failing to comply with the Texas Public Information Act, KPRC-TV 2 reported.

Ward was indicted Thursday on a felony charge for failing to turn over thousands of pages of work emails in response to a public records request. She faces up to six months in jail and a $1,000 fine.

The source of Ward’s legal problems started in 2014, when she became press secretary for then-Mayor Annise Parker. Over the next four years, Ward used government time to try to promote a number of side projects, including a proposed TV show called “My First Million.”

Ward then failed to turn over emails showing how she was using her city work time — leading to the recent public-records indictment.

Ward’s bond was set at $500. She made bond on Monday, court records show.