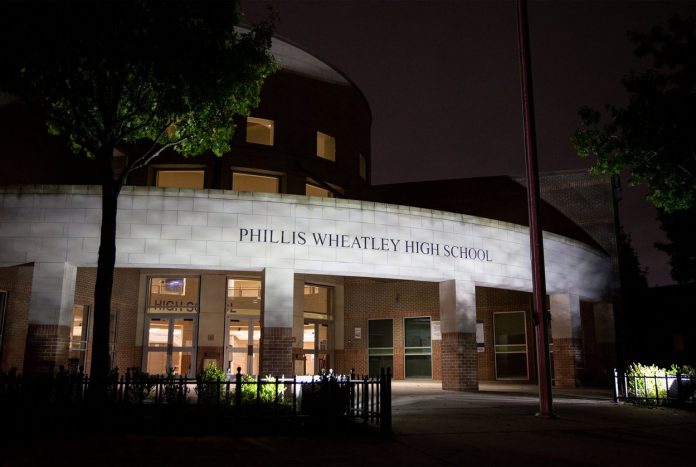 In a last-ditch effort to prevent a state takeover, lawyers for Houston Independent School District implored a federal judge Thursday to stop Texas education officials from replacing the district’s elected board until he rules on the merits of their lawsuit challenging the action.

Houston ISD lawyers told U.S. District Judge Lee Yeakel that Texas Education Commissioner Mike Morath exceeded his authority at nearly every step as he moved to appoint a board of managers to lead Houston ISD, a decision they said would disenfranchise voters of color.

If Morath seats a board of managers before Yeakel rules, they said, the new board would be able to yank down the lawsuit, making a preliminary injunction against the takeover urgent and necessary. Yeakel said Thursday he would release a written opinion as quickly as possible, choosing not to rule immediately from the bench.

Lawyers for the state said Morath has three separate, unassailable reasons to move toward a takeover, a much-needed penalty for a district that has shown its inability to govern itself.

“The decision to appoint a board of managers over HISD did not occur in a vacuum,” said Emily Ardolino, the state’s lawyer. “We have a school district where members of the community have described the board as dysfunctional.”

The decision to replace the school board is not yet final, because Houston ISD will be given one last chance to plead its case directly to the Texas Education Agency. But if Morath still decides to proceed with the takeover, he anticipates seating a new board in the spring.

In early November, Morath announced his plans to oust the elected board of the state’s largest district, citing the one longstanding academic failure of Wheatley High School, the school board’s alleged violations of state law, and the appointment of a conservator to monitor school and district improvement for more than two years. Morath will also appoint a superintendent.

At Thursday’s hearing, Houston ISD challenged all three reasons, in part offering technical arguments that Morath had exceeded the authority given in state law. And a state investigation report claimed the school board violated state law but did not offer specifics on exactly who made the allegations, said lawyer David Campbell.

“The issue here is: the sands keep changing. The rules keep changing,” Campbell said. “It makes the district ask: What’s really going on here? It leads to questions about whether there’s a predetermined result.”

But the state says Morath’s authority is broad and his decision will be final. Any of the three reasons give him the power to appoint a board of managers.

Houston ISD’s larger argument is that by seizing power from its elected school board, the state would yank voting rights from its voters in a school district that is majority students of color.

That argument rests on Section 2 of the federal Voting Rights Act, which prohibits discriminatory voting practices and was successfully used to force at-large city councils and school boards to switch to single-member systems. Most recently, lawyers in those cases across Texas have proven that the election system dilutes the voting power of a minority group.

Houston ISD argued that Texas has only taken over districts “that are not only majority minority, they’re even more majority minority than the rest of the state” as evidence of a pattern of disenfranchisement.

The state’s lawyers called the claim “creative” and questioned Houston ISD’s standing to even raise it. The vast majority of students in Texas public schools are educated in school districts with majority students of color, Ardolino said.

Maxie Hollingsworth, teacher at Red Elementary School, said she voted in the Nov. 5 school board election, the day before Morath announced he planned to take over Houston ISD.

If he replaces the school board, “it means my vote is null and void. It doesn’t count,” she said. Hollingsworth said she worries that the board of managers will lead to larger class sizes, the flight of experienced teachers, higher suspension rates for black and Hispanic children and fewer services for low-income students.

“To be told my vote is important tells me I am important and my children are important. That’s why I’m here today.”