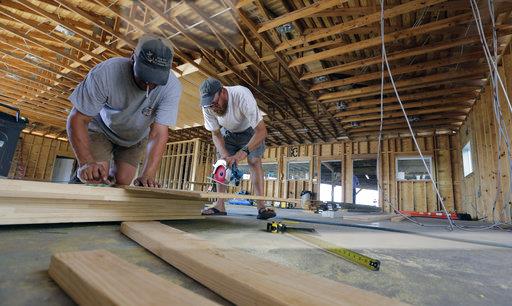 As the state undertakes what could be the biggest housing recovery in American history after Hurricane Harvey, potentially thousands of Texas renters and homeowners trying to rebuild their lives are in danger of falling through the seams of a patchwork of agencies.

But no one knows how many Texans could get lost in the shuffle – or how much personal wealth they stand to lose.

That’s because U.S. disaster recovery efforts are split between a number of government entities, so no single agency is tracking the full extent of destruction the storm wrought on Texas homes. That leaves the Texas General Land Office, which is charged with overseeing the state’s housing recovery efforts, vying for limited long-term relief funds without an exact price tag for damage to private property.

Housing advocates say the lack of quantitative data could set countless residents up for financial ruin once federal funds, which officials also want to use on a wish list of public works projects, start trickling down through several layers of government.

“This is a limited amount of money that is made available to the state, and then the state has to pick winners and losers,” said John Henneberger, co-director of the Texas Low Income Housing Information Service.

But as thousands remain in temporary housing heading into the holidays, government officials point out that federal disaster funds Congress sends to storm-battered regions aren’t meant to replace everything that was washed away.

Even if there was enough money for everyone, officials say they can’t tally the complete housing destruction for a number of reasons: they aren’t required to, they are blocked by federal privacy laws or it’s difficult to get information from private insurance companies.

Instead, agencies use data cobbled together from a number of sources to determine an estimate of what Texas homeowners and renters will need. And not all agencies use the same figures or formulas to reach their projection.

“There is an effort right now to see if we can come up with an estimate that everybody agrees is probably the closest,” said Federal Emergency Management Agency spokeswoman Jackie Chandler.

That entity is charged with providing funds for immediate needs, like debris clean-up and temporary housing. And several other agencies use the number of aid applications FEMA processes as the base figure upon which their own damage estimates are determined.

Before FEMA will give any short-term money to Texans, the agency requires aid applicants to state how much damage their insurance provider will cover. It also requires Texans to apply for low-interest housing recovery loans through the Small Business Administration.

So far, FEMA inspectors have conducted inspections on more than 570,000 homes damaged by Harvey. More than 5,000 are left to be inspected. But that agency only handles short-term needs and caps aid at $33,300. It doesn’t attach a price tag to damage that goes beyond that threshold.

So while more than 4,200 Texas families have hit that cap, it’s not known how much more money they would need to fully renovate or rebuild. Such needs generally fall to Housing and Urban Development, which distributes long-term disaster relief funds. One of that agency’s chief responsibilities is to make sure limited federal dollars go to those who need it most, like low-income residents or people without flood insurance who don’t qualify for low-interest government loans.