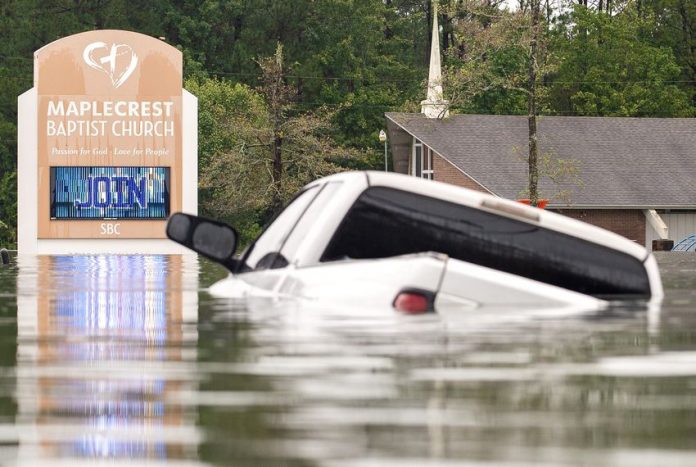 Residents of Chambers, Harris, Jefferson, Liberty, Montgomery and Orange counties whose homes were damaged during last month’s storm can apply for up to $35,500 per household in assistance, according to a news release.

“I want to thank the President and FEMA for swiftly responding to Texas’ call for assistance following Tropical Storm Imelda,” Abbott said in a news release. “The state of Texas’ collaboration with the federal government will ensure our communities in the Gulf Coast region are equipped with the resources they need to recover as quickly as possible.”

For a storm to be declared a federal disaster, it must have flooded at least 800 homes that did not have flood insurance with at least 18 inches of water. Then, the Federal Emergency Management Agency offers individual assistance for housing and other disaster-related needs.

Nearly 900 homes sustained major damage or were destroyed and uninsured in those six counties, according to a letter Abbott sent to Trump on Tuesday. The letter estimated the cost of assistance at nearly $29 million.

Abbott declared a state of disaster in 13 counties on Sept. 19, including seven that are not included in the federal disaster declaration: Brazoria, Galveston, Hardin, Jasper, Matagorda, Newton and San Jacinto.

For more information about how to apply, call 1-800-621-FEMA or visit the Disaster Assistance Improvement Program’s site.