DefenderNetwork.com
Home LEAD STORY What to know about the hate group targeting Texas 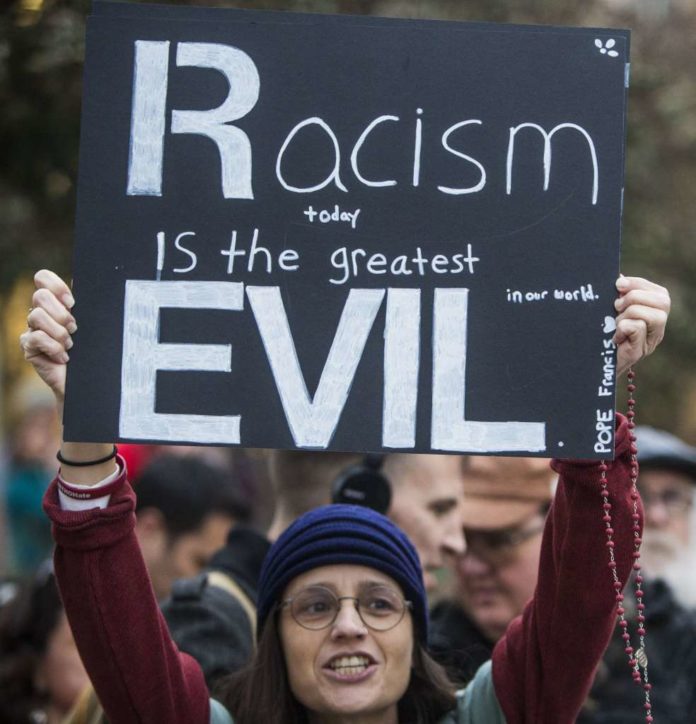 Texas colleges, including the University of Houston, have been targets for white supremacists this past year.

In September, UH student Michael Leone spotted racist fliers from Vanguard America around campus. Leone took down the fliers and told Chron.comthat he’s “not going to let U of H, one of the most diverse campuses in America, get a reputation as a safe space for Nazis and fascists to come and recruit people.”

The fliers were linked to Vanguard America, which the Anti-Defamation League identifies as a white supremacist group.

Members of the group’s subset, Texas Vanguard, were recently on Southern Methodist University, giving Nazi salutes and hanging up racist propaganda. Police are still searching for the suspects on the grounds that they hung unauthorized signs and defaced university property.

Read more at www.Chron.com to learn more about Texas Vanguard and Vanguard America.