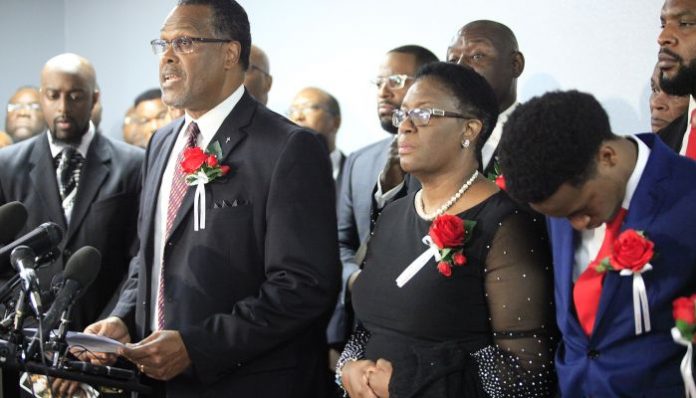 The woman who said she recorded a video after former Dallas police officer Amber Guyger shot and killed Botham Jean in September came forward to talk about how posting the footage to social media affected her life.

“It’s had a negative effect on me,” said the woman Worldstar identified as “Mystery Witness Who Exposed Lies From Amber Guyger and Houston Police.”

After uploading the video, major media outlets began circulating it. She felt that her job was done and planned to move on with her life as normal. But that’s not how things turned out.

“People in the community found out where I work. They started harassing my company, posting to its Facebook page and sending emails–even coming there physically–to complain, to tell this company … they hired an anti-police, Black extremist, all of those things,” she said.

She was fired by the pharmaceutical company, which she alleged also blacklisted her.

The woman also said that social media pages she uses for her clothing line business have been deleted.

One of Jean’s neighbors recorded a video in the immediate aftermath of the shooting, the Star-Telegram reported in September. It purports to show Guyger in the hallway of the apartment complex on her phone and crying. A second video appears to show Jean wheeled through the hallway on a gurney by paramedics.

A grand jury in Dallas indicted Guyger, 30, on November 30. The panel found enough evidence for a murder charge instead of the initial manslaughter charge.

On the night of Sept. 6, she illegally entered Jean’s apartment, which was located one floor above her own, and shot Jean, 26, to death — that much has been established as true. But everything else that transpired during that fatal encounter was not exactly clear, with only Guyger’s word to go on.

She claimed that following a long day on the job as a Dallas police officer, she implausibly mistook his apartment for her own and, after ordering Jean not to move, shot him twice. Her story was greeted by doubt because of several factors, especially her assertion that Jean’s door was ajar. Videos posted on social media by neighbors appeared to show that apartment doors in the building shut automatically, which seemed to indicate that Guyger was lying.