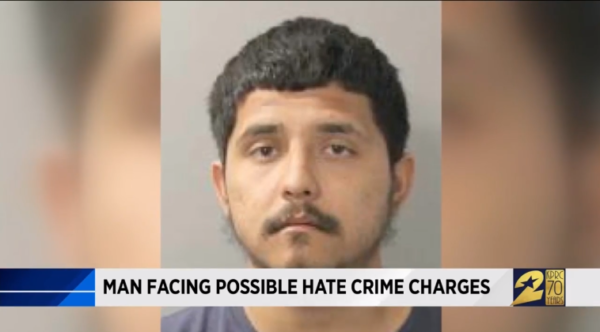 Police have arrested a man they say has been targeting African-Americans because his mother is dating a Black man.

Albert Gallegos, 21, is charged with injury to the elderly after brutally attacking a 92-year-old Black man at a METRO bus stop near the Taqueria Reyes restaurant on Jan. 7, local station KHOU 11 reported.Witnesses told police the attack was unprovoked and left the elderly man unconscious.

Another witness said she saw Gallegos hurling large rocks at the man.

An investigator with the Houston METRO Police Department wrote in a probable cause affidavit that Gallegos was “obviously a violent person and has hatred towards African Americans” because his mom is in a relationship with a Black man. A responding officer told the investigator he was “certain” Gallegos was the suspect in the case, after which authorities learned he had a active warrant for assault against a relative.

In the affidavit, the investigator noted that witnesses who work at Taqueria Reyes said that Gallegos “only attacks African-Americans.” Court documents also show that he threatened to kill his mom and her boyfriend because he didn’t approve of their relationship.

“After reading these reports about the suspect’s history, I can clearly see the suspect is picking his victims on the basis of their skin color,” the investigator wrote. “The victim in (the officer’s) case is a 92-year-old black male who’s never dealt with or had any type of interaction with the suspect.”

“I believe the suspect’s vicious attack against the complainant is a hate crime,” he added.

On Thursday, Gallegos appeared in court for the family assault charge. A judge set his bail at $20,000.