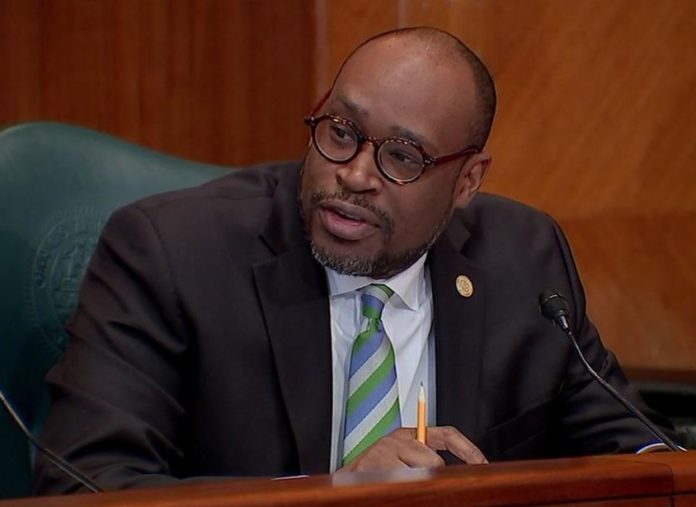 Houston will hold a special election to fill the seat of City Council Member Larry Green after police found him dead inside his home on Tuesday.

Mayor Sylvester Turner said Wednesday Article 11 Section 11 of the Texas Constitution requires the city to hold an election within 120 days of the vacancy of an elected official’s seat.

Turner says City Council will hold a special meeting on March 20 to order a special election for Saturday, May 5. It’s the last day the city can legally do so.

Candidates for Green’s vacant seat have a short window to file before the March 26 deadline. However, Mayor Turner told reporters the city can’t delay the vote because of a directive by the Texas Secretary of State’s elective division.

“They advise that because we’re in the timeframe to call this election in time for the May 5, 2018, uniform election date, the city must use the date for a special election to fill the vacancy,” said Turner during his weekly news conference following Wednesday’s city council meeting.

However, that special election was a footnote of that meeting, which focused largely on remembering the man who filled that seat for more than six years.

After lighting up the outside of City Hall in green Tuesday night, council members and staff wore green inside to honor Council Member Green at Wednesday morning’s City Council meeting.

“Today’s the first day in five-and-a-half years that I’ve worn any other color tie other than red,” said Council Member Michael Kubosh, At-Large Position 3, who was wearing a green tie.

A floral arrangement sat on Council Member Green’s desk in the council chambers.

“Today Houston mourns a remarkable man who touched so many lives in one form or another,” said Donald Perkins, Green’s Chief of Staff, during a speech to council members.

Perkins touted his boss’ successful push to diversify the city’s business contracts, while also highlighting Green’s passion for making District K, which stretches from the Texas Medical Center to Fort Bend County, better for everyone.

“When you drive through District K, you see the reflection of Council Member Green, from the many murals to 3,000 plus trees to those street lights you see on South Main,” Perkins said.

Martha Castex-Tatum, Constituent Liaison for Council Member Green, highlighted her boss’ pride at having the third-safest council district, as well as the completion of big infrastructure upgrades like the extension of Buffalo Speedway.

“I love him, and he was more than a boss,” Castex-Tatum said. “He was our friend, and we’re gonna miss him.”

Council Member Brenda Stardig of District A brought up a November 2016 trade mission to Mexico City to highlight Green’s enthusiasm for always looking for new ways to make his neighborhoods better.

Between the tears, there was also laughter.

“He always had this goofy, Justin Timberlake-looking hat on,” said Council Member Dave Martin of District E, prompting laughter from the chamber.

“From where he is, he’s still telling you, ‘Answer the phones, respond to the emails, get those people’s trash,’” Mayor Turner told Castex-Tatum while smiling.

“We will not let his legacy be in vain,” Castex-Tatum said.

Late Wednesday afternoon, an official with the Harris County Institute of Forensic Sciences said there still was no ruling on the cause or manner of Green’s death. However, a Houston Police Department official said Tuesday they did not suspect foul play.

The late council member is survived by his brother.