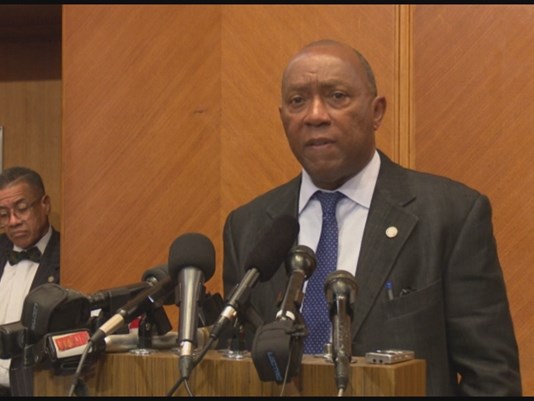 If approved, the increase would last a year and be one time only.

Mayor Sylvester Turner says he made the change after President Donald Trump raised FEMA’s reimbursement rate from 75 to 90 percent.

However, Turner says supply and demand is creating a challenge: many contractors want to be paid more than the city’s willing to offer, and they have plenty of opportunities in Florida after Hurricane Irma.

In Houston, Turner says he has 300 debris cleanup trucks working seven days a week, including crews from San Antonio and Austin. The mayor says he’s adding more contractors every week to eventually have 500 trucks on the streets.

Numbers provided to KHOU 11 News on Wednesday show roughly five percent of the total debris in Houston has been picked up so far.

Turner said he wants all the debris cleared within three months, even by Thanksgiving, if possible.

However, during the City Council Meeting at City Hall on Wednesday, a debate over approving an additional $60 million for debris removal led to shouting matches.

Some council members feel like they’re being kept in the dark over where the removal trucks had been and where they were going.

“Is that so impeding to find out some information so we can tell our constituents so we don’t look like we don’t care?” asked Council Member Larry Green, who represents parts of the city’s southwest side. “Is that so unreasonable?”

Despite objections from Mayor Turner, Green ‘tagged’ the agenda item, delaying the vote until the following week.

“Would we love to provide you all with all of the information, timely and all of that? Absolutely,” said Turner. “You know where (Solid Waste Director) Harry Hayes is right now? Out in the field. The 300 trucks are not sitting at a station just doing nothing. They’re out covering 640 square miles.”

Turner says the tax increase would cover the nearly $26 million the city is responsible for paying out of the nearly $260 million total cost for debris removal.

The increase would also replenish the $20 million the city withdrew from their economic stabilization fund, or ‘Rainy Day Fund.’

The mayor says if the state sends enough funding to Houston, he could scrap the tax increase plan.

However, any withdrawals from the state’s ‘Rainy Day Fund’ would have to wait until the 2019 Legislative Session or require Governor Greg Abbott to call a special session.

City Council is expected to vote on the tax increase proposal on October 18 after they hold three public hearings.