DefenderNetwork.com
Home NEWS Local & State Most Texas workers will no longer lose their occupational license if they... 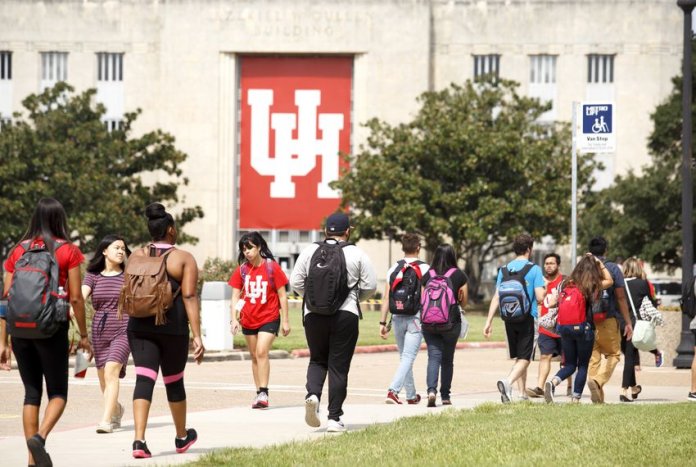 Defaulting on student loans will no longer be grounds for losing an occupational license under a bill that Gov. Greg Abbott said Thursday he was signing into law.

Nurses, teachers and other Texas workers will no longer risk losing their occupational license if they default on their student loans, thanks to legislation signed by Republican Gov. Greg Abbott Friday.

While there is no comprehensive data on how frequently this occurs, a report from The Texas Tribune found more than 4,200 people in the state — including security guards, cosmetologists and pharmacists – were likely at risk of losing their license because of student loan default in 2017. Nearly 250 teachers had an application to renew their educator’s license denied over a five year period, according to the Tribune’s reporting.

Changing the practice was at the heart of a half-dozen pieces of legislation filed during this year’s legislative session. The measure signed by the governor Friday was authored by state Sen. Judith Zaffirini, D-Laredo, and sponsored by Rep. Matt Krause, R-Fort Worth. It amassed broad support from lawmakers spanning the ideological spectrum, from liberal Democrats to the most conservative faction of the Texas House, of which Krause is a member. More than 30 legislators signed on to back it.

The new law, which took effect Friday, strikes previous provisions that made defaults grounds to deny, suspend or not renew a professional license. There is now an explicit prohibition on those actions.

In a video posted to Abbott’s personal Twitter account Thursday night, the governor said he had some “good news for those who have student loans.”

“I’m about to sign a law that ensures that an occupational license cannot be denied or revoked by the state because of default on student loans,” he said. “It protects your right to earn a living.”

People who default on their student loans can still face sanctions that range from wage garnishment to having their tax refunds withheld. A division in Attorney General Ken Paxton’s office collects on loans issued by the state. A private nonprofit called Trellis Company, which was once a public entity, performs a similar function for old loans made by the federal government.

A 2017 investigation from The New York Times found almost 20 states had laws similar to Texas’ on their books. Several have since moved to amend them. Legislation introduced in Congress by Sens. Marco Rubio, R-Florida, and Elizabeth Warren, D-Massachusetts, could also bar states from revoking or refusing to issue professional licenses due to the status of an applicant’s federal student loan debt.

Krause, the sponsor of the new law, said he thought “it was past time for the old policy to be repealed.”

“As I’ve said for a while now, to take away an occupational license for a student loan default is counter-productive and counter-intuitive,” he said.

Zaffirini, the author, called the practice “as counter-productive as it is callous.”

“This bill demonstrates our interest in encouraging more Texans to pursue higher education,” she said.