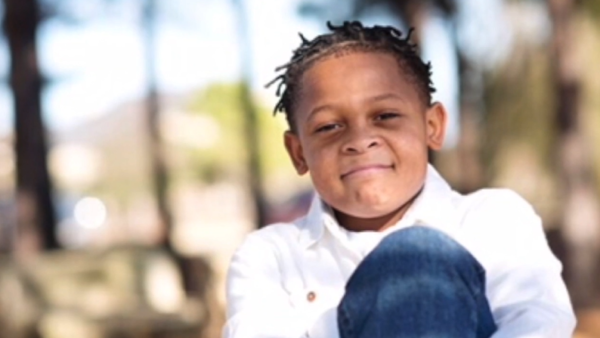 A Texas mother is urging leaders to address bullying in schools after her 10-year-old child committed suicide earlier this year, a tragedy she believes was fueled by repeated taunting and harassment by his classmates.

Crystal Smith remembers her son as a fun-loving kid who loved to draw and paint. Her loving 10-year-old, Kevin Reese Jr. was a seemingly happy child who had the biggest smile you could imagine, she said.

However, bubbling just under the surface was a deep-seated struggle the mother says was fed by relentless bullying by his peers at school.

“I just thought he was handling the situations. They wrote on his tablet to kill yourself, ‘You don’t belong here,’” Smith recalled. “When it got physical back in November, he came home crying because he didn’t fight back, and one of the boys punched him several times coming from recess.”

The mother said she reported the incident to officials at Robinson Elementary School, who said they’d found no evidence of a “physical fight” and that “no allegations or evidence of bullying were reported to a school administrator” or via the district’s anonymous reporting system, the Cy-Fair Tipline.

Then, on Jan. 21, Smith said her once happy-go-lucky son had simply “had enough” and resorted to the unthinkable. Smith was out of town for work at the time and said Kevin’s stepfather was on his way home from work when she received the frantic call from her 13-year-old daughter.

“She was just screaming on the phone, and I didn’t understand, and she screamed, ‘Kevin,’” she said.

The 10-year-old was found hanging in a closet at their Katy, Texas, home. Smith said the family’s tragedy has been “unreal.”

“I was in a place where I just couldn’t move,” she told ABC 13. Smith recalled telling her daughter to “hang on with me — if you cut him down and while you’re cutting him down, call 911.” However, it was already too late.

After her son’s death, the grieving mom said she reached out to the school, which initially told her there was no bullying going on. However, when ABC 13 alerted the Cy-Fair ISD to this, an official acknowledged that a school administrator had in fact spoken with Smith about the physical fight involving her son and another child.

Now Smith said she’s speaking out in hopes of preventing another family from having to go through the same tragedy she’s experienced.

“Pay attention to your child, don’t assume that things are handled at the school, stay on top of it until you see something come out on the end,” she said.

Reese joins a growing list of youths who’ve ended their lives and is now among the 26 Houston-area children aged 10 to 17 who’ve died by hanging since January 2018.

If you or someone you know is struggling with thoughts of suicide, please call the National Suicide Prevention Lifeline at 1-800-273-8255.