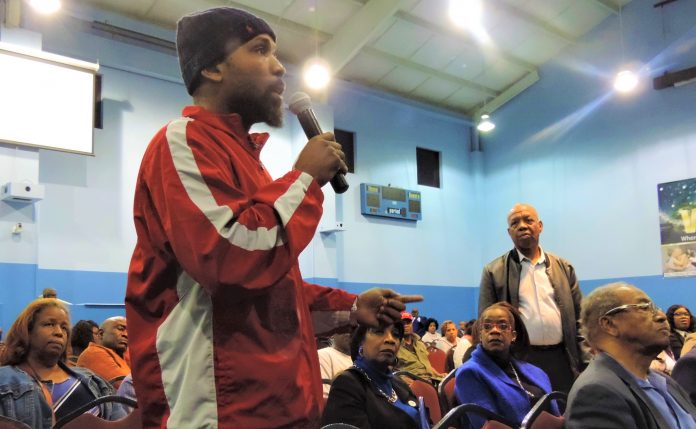 The NAACP Houston Branch seeks to galvanize and amplify support for interim HISD Superintendent Dr. Grenita Lathan while also grinding to a halt the current superintendent search process the organization describes as unjust and potentially racist.

The civil rights organization announced during a town hall meeting held at Wheeler Avenue Baptist Church that it is calling on people concerned with the educational welfare of Black children to participate in a three-pronged go-forward plan highlighted by what they hope becomes a “Valentine’s Day Massacre” of the current search process.

Members said the process is eerily similar to the unsuccessful steps taken by some board members last October to replace Lathan with former HISD superintendent Abe Saavedra.

With the next HISD board meeting taking place on Feb. 14 (Valentine’s Day), town hall moderator and NAACP officer Dr. James Dixon challenged attendees to make their voices and presence felt.

“That’s traditionally ‘Love Day;’ let’s make that ‘Love our children night,’ where we put away the candy and come out to the school board meeting,” Dixon said.

On Feb. 14, the board will discuss an emailed request made by Trustees Rhonda Skillern-Jones, Jolanda Jones and Wanda Adams to suspend the current superintendent search until the Texas Education Agency (TEA) investigation is complete.

According to one town hall meeting attendee, there are five applicants from outside HISD and three from within, with only one applicant being Black – Lathan. Another attendee, however, refuted this, saying Lathan had not yet applied. The Defender was not able to verify either claim.

HISD has employed Hazard, Young, Attea & Associates (HYA) to conduct the search. According to Dixon and Evans-Shabazz, board leaders are currently making their personal recommendations to HYA, recommendations that almost certainly exclude Lathan.

“The principals are screaming [Lathan’s] praises,” said Dixon. “We believe that a fair and just process would lead to the logical conclusion that we already have a person in position who is worthy to become the next superintendent of HISD.”

The NAACP is also urging individuals to voice their displeasure with what some are reporting as concerted efforts by new and all-Latino board leadership to only consider a Latino for the permanent position before the Feb. 14 board meeting.

Third, the NAACP will devise a strategic [education-focused] plan to hold elected officials and HISD accountable, according to Executive Director Yolanda Smith.

Lathan is credited with reducing the number of HISD schools on IR (Improvement Required status) from nearly 60 to only four—Wheatley, Highland Heights, Patrick Henry and Kashmere High Schools.

“That’s something no other HISD superintendent was even expected to do,” shared Dixon.