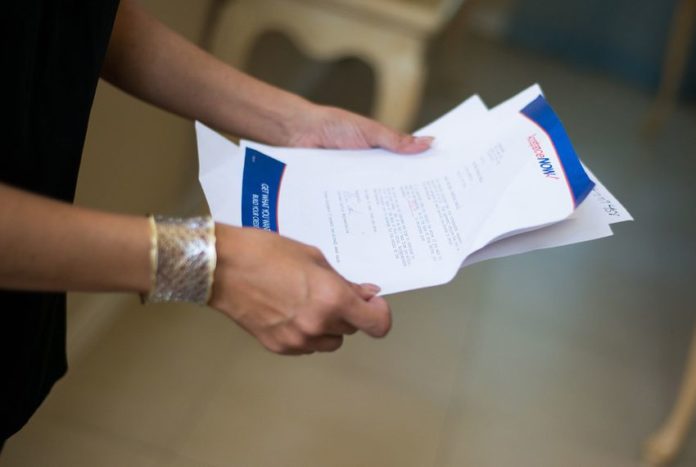 Texans who sign rent-to-own contracts to lease furniture, electronics and other household items will receive new protection against being arrested or criminally prosecuted if they renege on the terms, thanks to a law signed by Republican Gov. Greg Abbott last week.

The heavily negotiated change, which takes effect in September, still allows rent-to-own companies to press criminal charges against ill-intentioned customers who abscond with their goods. But proponents of the reform say it’s a critical step forward that will prevent Texans from being imprisoned over their failure to make payments — a system they have likened to a debtor’s prison.

The bill’s passage closes “a loophole in Texas law that has for too long allowed the unconstitutional prosecution of people for simply being unable to make payments,” said Jason Milam, president of the McLennan County Criminal Defense Lawyers Association.

Criminal prosecutors, consumer advocates and rent-to-own companies, like Plano-based Rent-A-Center, all provided input on the bill signed June 14, according to the office of state Sen. Borris Miles, a Houston Democrat who sponsored the measure during the legislative session that ended last month. Miles has said rent-to-own companies — which often cater to low-income people — have used the criminal justice system to collect on debts that should be handled using civil remedies.

A 2017 investigation by The Texas Tribune and NerdWallet found that rent-to-own companies have filed charges against thousands of customers across the country, at times leading to arrests, criminal convictions or even jail time.

Texas’ “theft of service” statute has made it particularly easy to prosecute these rent-to-own cases. One provision — added decades ago at the behest of the rental industry lobby — includes a presumption that customers intended to steal items they rented if they don’t return the goods or respond to a certified letter after missing a payment. The company does not need to prove that the letter was received, only that it was sent.

State Rep. Nicole Collier, a Fort Worth Democrat, said at a March hearing that the system is “unlike the collection practices of any similar industry” and that it “effectively turns local law enforcement into debt collectors.”

When “a customer buys a couch or an electronic product with a credit card but fails to pay, it becomes a mark on their credit,” said Collier, who filed a bill that would have excluded rent-to-own transactions from using the theft-of-service provision.

Anderson said the change — which reduces the time certain renters have to respond to a letter before a company can press charges — helps companies that rent expensive equipment and vehicles recover their goods.

But Anderson said the bill also helps rent-to-own customers by eliminating some of the worst outcomes tied to a statute that made it too easy to get law enforcement involved in disputes.

“Folks were getting charged with felonies when they weren’t really aware” that was a risk, he said. “You have a $500 couch, $600 couch or something on that order, and you end up with police knocking on your door.”

Under the new law, the theft-of-service statute will continue to apply to traditional rental businesses that lease heavy machinery, automobiles and other tools. Rent-to-own companies can also still press prosecutors to file theft charges against their customers when it’s clear the person intended to steal the property — for example by reselling the goods or fraudulently entering into the contract in the first place.

Mark Vane, a lobbyist with Husch Blackwell Strategies, helped negotiate the new language on behalf of its client Rent-A-Center, one of the largest rent-to-own companies in the country. Vane said the carefully crafted statute allows rent-to-own companies to protect themselves from intentional theft while ensuring overzealous rent-to-own companies don’t abuse the law to collect from people who can’t pay or have life events that prevent them from adhering to the terms of their contracts.

“Clearly there are situations when rent-to-own customers obtain property with bad intentions. Lying on an application. Obtaining products and selling them on Craigslist or at pawn shops. And we wanted to retain the possibility to prosecute those egregious cases, which are rare but do happen,” Vane said. “At the same time we also … wanted to make it clear that you shouldn’t be prosecuted when you return the items and you owe people money. That was kind of the balance we were looking for.”

Ann Baddour, director of the fair financial services project at the nonprofit Texas Appleseed, said the bill adds “guardrails” to the state’s theft-of-service law to limitwhat can be criminally prosecuted. She said progress on the measure was particularly important given an apparent increase in retailers, like Best Buy, offering similar lease-to-own options.

“The status quo was really harmful,” Baddour said. “We shouldn’t be penalizing people in that way; we have a civil justice system clearly designed for debt collection.”