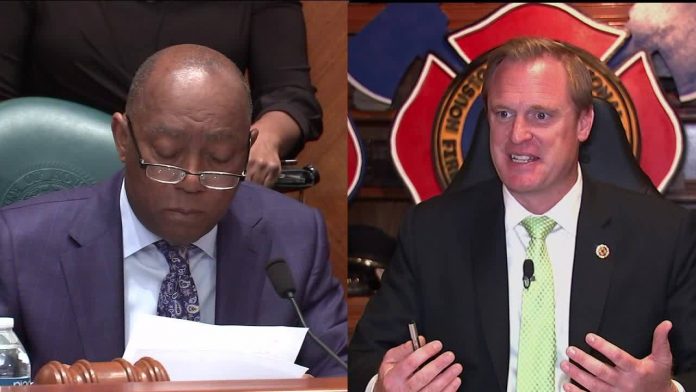 After months of back and forth between the city and firefighters, no deal was reached at mediation regarding Proposition B today.

Last week, City Council voted to layoff 220 firefighters to help offset the pay raises mandated by Prop B, which was approved by voters in November.

On Thursday, neither city nor firefighter officials revealed details of what happened in the meeting after no resolution was reached.

“I’ll take the time to explain to you what we offered, and it’s unfortunate is what I’ll tell you. But I will tell you that the city went beyond what we offered on the table,” said Mayor Turner. “It’s unfortunate that it was not accepted. And I’ll explain it to you tomorrow I just have to honor the mediation and I can’t go into details.”

When asked if there would be any more meetings?

“This is it,” Turner responded.

Turner said the city would explain in more details the terms of the meeting tomorrow at 10:30 a.m.