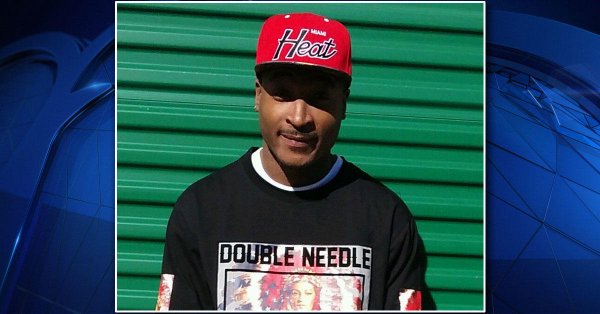 The officer who shot and killed O’shae Terry on Sept. 1 in Arlington, Texas has reportedly been identified, according to attorney S. Lee Merritt, who is representing the Terry family.

Merritt wrote on Twitter, “We’ve ID’d the cop that murdered #OshaeTerry Arlington PD hid his image for 45 days but we captured this picture before it was scrubbed from the internet. SHARE IT WIDELY!”  The officer’s name is reportedly Bau Tran. See below:

Police footage from Sept. 1 shows an officer talking with Terry and a passenger after a traffic stop, according to the Associated Press. After a backup officer appears on the scene, the first officer tells Terry that she smells marijuana in the vehicle and must do a search. She then returns to her patrol car.

Shortly afterwards, the windows of Terry’s SUV begin to roll up, and the backup officer orders Terry to stop. As the vehicle moves forward, the officer fired a total of five shots at the vehicle and killed 24-year-old Terry. The passenger survived. According to the police, investigators found a gun, ecstasy pills and a pound of marijuana in the SUV a day after the shooting.

Hours after the Arlington police released the video of the shooting, the nation’s attention turned to the Sept. 6 fatal shooting of Botham Jean in his own home by Dallas Police Officer Amber Guyger. Nonetheless, the shooting of O’shae Terry cannot be forgotten. According to NBC, Officer Tran is on “restricted duty while the department’s own administrative investigation is underway.”