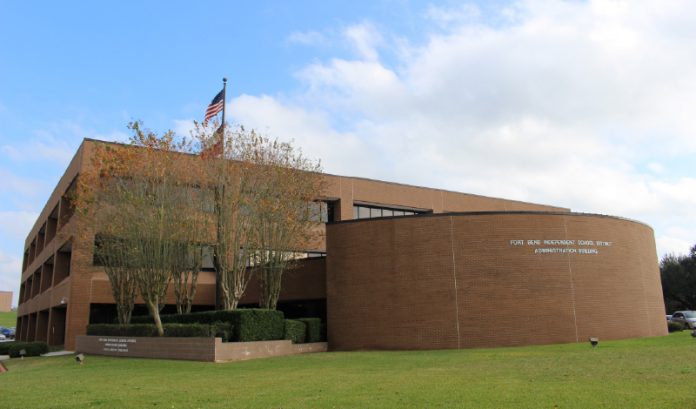 Fort Bend ISD leaders said a piece of property accelerated its plans to build a new high school, exciting parents who thought their kids would be forced to change schools.

Kym Mcmorries is one of those parents who spent the past few weeks working to kill a rezoning proposal.

“People worked on this through Christmas,” Mcmorries said. “We didn’t have a break. I woke up on Christmas Eve and said, ‘Oh my gosh, it’s here!'”

“At first, it was a relief because we didn’t want to have any of our children moving schools,” Mcmorries said.

Fort Bend ISD said it needs to alleviate overcrowding issues in high schools in the southeast region. To do this, kids would have to move from Ridge Point High School and Elkins High School to Marshall High School and Hightower High School.

Instead, officials say that changed when they learned about land in Rosharon for a new high school.

“It changed the timeline for planning. In terms, we need to only bridge three years because the board also asked us to accelerate it,” Fort Bend ISD Superintendent Charles Dupre said.

This won’t solve Ridge Point’s overcrowding until then. School leaders say they’ve got a plan for that as well by adding teachers, different scheduling, and allowing students to transfer.

Before scrapping rezoning, the district held meetings, created focus groups, and had parents fill out surveys. But after receiving backlash, the district admits it needs to do better by looking at how other growing districts work.

“We’re going to be studying those so that when we come back in two years, we’re probably going to have a new system in place that I think will be much more effective at helping to achieve our goals with the community partnership,” Dupre said.

After hearing the proposal Tuesday night, the board will consider an 80-acre property in Rosharon for the high school it plans to complete by 2022, instead of 2024. The district wouldn’t give Eyewitness News the exact location, but said it’s along FM 521.

The district will work on rezoning for the new high school in two years.

“The anxiety didn’t stop until we got the plan not to have this vote to rezone our kids,” Mcmorries said. “Even now, it doesn’t necessarily stop. It’s just a bit of relief.”

Fort Bend ISD acknowledges it needs to address the overcrowding issues in high schools in the southeast region.

They plan to do so by adding teachers and different scheduling.

Still, some parents in this district feel they need to face the problem head on right now instead of waiting.