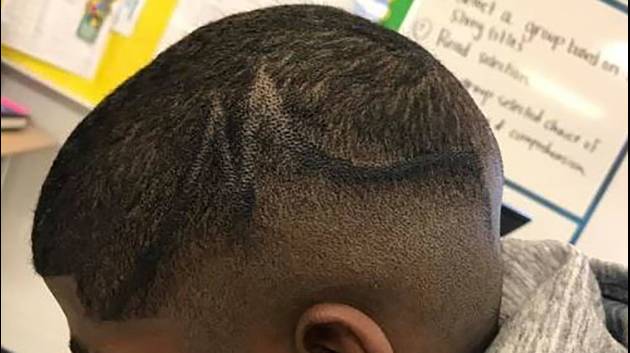 Three Pearland school officials are being sued along with the school district after a seventh-grade student was made to fill in his hair design with a black Sharpie earlier this year.

The federal civil rights lawsuit was filed Sunday, characterizing the act as racist and saying the boy was humiliated and shamed by it.

In April, the assistant principal at Berry Miller Junior High told the child he was in violation of the dress code, which at the time stated “hair must be neat, clean and well-groomed. Extreme hair styles such as carvings, mohawks, spikes, etc. are not allowed.”

Barcelona, along with discipline clerk Helen Day and teacher Jeanette Peterson laughed as the students design was colored in, the complaint states.

An attorney for the child’s parents noted in the complaint that depicting African Americans with jet black skin is a negative racial stereotype dating as far back as the Jim Crow era.

“The jet-black markings did not cover the haircut design line but made the design more prominent and such was obvious to those present at the very beginning of the scalp blackening process,” the complaint says.

In a statement in May, the district said the incoming principal has “humbly apologized, expressed great regret over this matter, and has resolved to re-earn the trust and confidence placed upon him.”

Pearland ISD changed its dress code policy in May to take out the part about “extreme” hairstyles.

The boy’s parents and their lawyer are holding a press conference Monday outside the Pearland ISD administration building at 2 p.m.

Pearland ISD had not yet responded to the lawsuit as of Sunday evening.