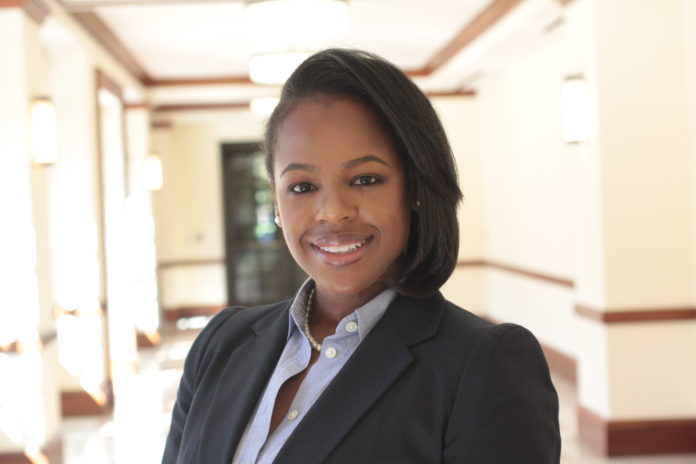 Carmen Robinson remembers the distinct moment when she became aware of her faith and determination. Like most nights, she found myself crouched down behind the passenger seat of her mother’s Ford. They were parked in a dark alley in McAlmont, Ark.

“She had left me there while she went on her regular crack binge. I was 10 years old. My father had recently passed away from a drug overdose and I remember being afraid. But that night was different because it wasn’t the darkness – I was suddenly afraid of becoming my parents,” she said.

Robinson prayed to God saying if He allowed her to make it out of McAlmont that night she promised to grow up and make something of herself and never be like her parents.

Despite setbacks which included sexual assault, a physically abusive relationship and teen motherhood, Robinson said her faith and determination helped her learn, grow and challenge herself to do things differently than what she saw in her family.

She is now completing her Ph.D. in STEM, owns a successful wine bar, coaches aspiring female entrepreneurs who have similar experiences, and has watched her children grow up healthy and unharmed.

Life’s philosophy/motto: “This too shall pass.”