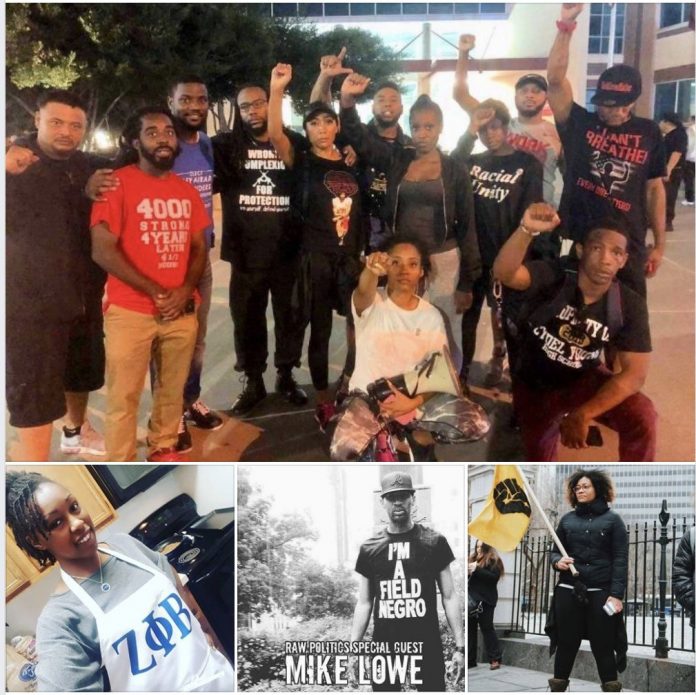 There have been protests in Dallas over police officer Amber Guyger shooting and killing 26-year-old Botham Shem Jean on September 6. Now, as of Monday morning, nine protesters have been in jail for 15 hours and Dallas police refuse to release them.

According to activist Shaun King, “Last night these 9 peaceful protestors were arrested and 15 hours later the jail refuses to release them.” See below:

Guyger has changed her story several times and was free for 72 hours until she turned herself into police on September 9. She was then released on a bond of $300,000. See the video below of Guyger being booked.

The Dallas police and the Texas Rangers have handled the case terribly. Guyger has still not been fired, and on the day of Jean’s funeral, September 13, they released an affidavit claiming he had a “small amount of marijuana” in his apartment.

Lee Merritt, an attorney for the family said, “I think it’s unfortunate that law enforcement began to immediately criminalize the victim — in this case, someone who clearly was the victim, that has absolutely no bearing on the fact that he was shot in his home. I would love to see more information coming out about the warrants executed on the home of the shooter who lived just below him. I haven’t seen any of those. And particularly for it to be on this day, the day that we remember and celebrate him… to see the common assassination attempt on the victim that we often see in law enforcement-involved shootings.”