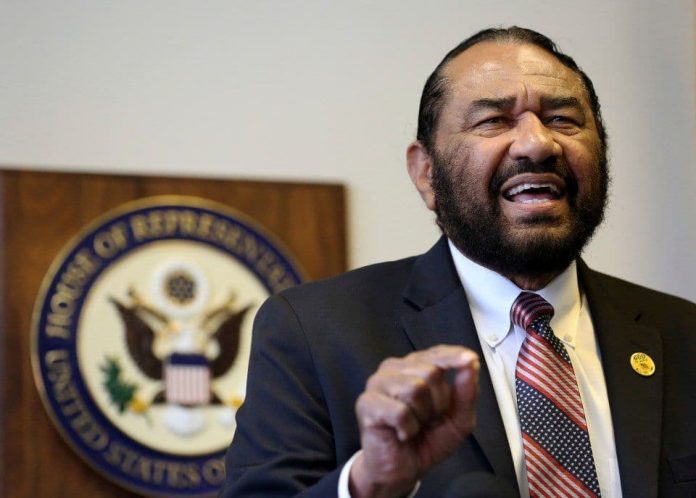 Houston Congressman Al Green plans to bring a vote to impeach President Trump to the House of Representatives by the end of the month.

The Texas Democrat was among the first to call for President Donald Trump’s impeachment in 2017 He said that he would seek to force the House to take a vote on impeachment by the end of this month, as any member of the House can bring an impeachment resolution to the floor. Green forced two procedural votes in December 2017 and January 2018 on impeaching Trump when Republicans controlled Congress, and they were both easily defeated 364-58 and 355-66.

“Before the end of this month there will be another vote on the floor of the House of Representatives to impeach this president, who has demonstrated clearly that he is unfit to hold the office,” Green said.

Green said he decided to move forward with another impeachment resolution because things “came to a boiling point,” citing the President’s recent tweets as well as the immigration raids and other issues.

Green’s desire to force an impeachment vote could create a tricky situation for House leadership and many rank-and-file Democrats who want the caucus to focus on other issues. The timing could be even further complicated because of special counsel Robert Mueller’s testimony that’s scheduled for July 24, the last week that the House is slated to be in session. Green said he would force the vote before the August recess.

Congressman Green called Trump a “racist bigot” and says those views have carried into his policies.He says that is not something people in America should tolerate, and he believes he can get the majority of the House, regardless of their political affiliation, to agree.

After the resolution is introduced, House leaders would have two legislative days to consider it, the aide said, and then either debate the resolution, vote to refer it to committee or vote to table — in effect to kill — the measure.