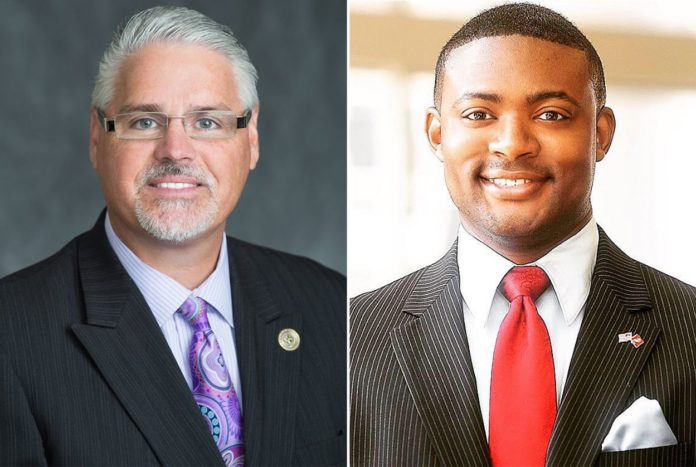 Grant’s name will remain on the ballot. Should he win the March 6 primary, district precinct chairs will vote on a replacement candidate.

Huberty’s district did not draw any Democratic candidates.

“Game over,” Huberty consultant Allen Blakemore said in a Friday statement. “We are disappointed Grant’s name will still be on the ballot, but the Huberty campaign will take steps to ensure the voters are informed that Mr. Grant has been disqualified as a candidate.”

Tom Zakes, Grant’s attorney, told The Texas Tribune on Friday that he is currently working on filing a notice of appeal.

“It’s our opinion that the judge never should have issued a summary judgment as to what Mr. Grant’s residence is,” Zakes said. “We were looking forward to proving that to a jury, so we’re going to ask the Court of Appeals to take care of that for us.”

The Friday summary judgment follows Huberty’s failed attempts to restrain the Harris County Republican Party from adding Grant’s name to the ballot, and to impose an injunction on Grant’s campaign.

Huberty’s attorneys first filed suit after discovering through public documents that Grant had not lived in the district for six continuous months prior to filing for candidacy, as required by the Election Code.

According to court documents, Grant is currently undergoing a divorce. In March 2017, he moved out of his estranged wife’s Huffman house — which is owned by her father and which Grant listed as his permanent address on his filing papers. The candidate is currently staying with his father outside of the district.

Blakemore told the Texas Tribune that the state law’s definition of a “residence” includes where an individual “intends” to live, and Grant has said he will return to the district. But Blakemore said Grant has no claim to his permanent address because he isn’t the property’s owner.

Zakes said Thursday that Grant still uses the Huffman address for his driver’s license and voter registration. He said it doesn’t matter who owns the Huffman house because Grant’s intended residence will remain the same until the candidate determines a new residence by changing his address on those documents.

“Will he ever move back to the house? I can’t tell you that,” Zakes said. “He intends to go back either to that specific residence or to somewhere else in the district.”