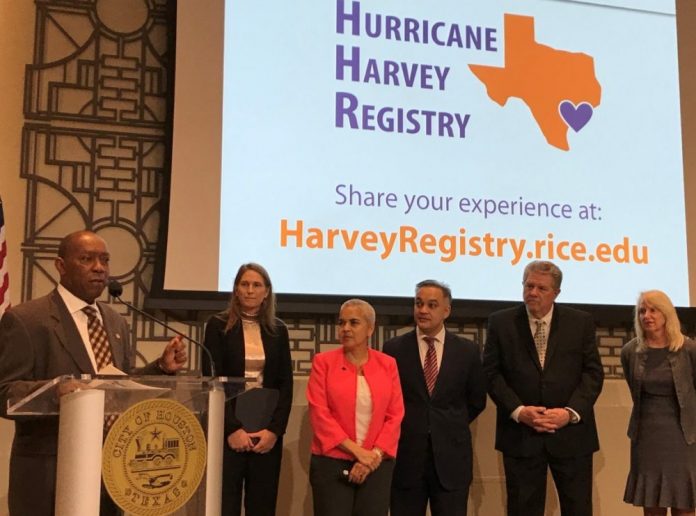 A report released Thursday found people who suffered damages to their homes during Hurricane Harvey are likely to experience mental health difficulties, such as intrusive or unintended thoughts about the storm.

That’s one of the main takeaways from the Hurricane Harvey Registry, which was launched in April 2018 and so far has surveyed more than 13,000 residents in Greater Houston.

“Even though our city has bounced back from Harvey, we still have more healing to do,” Mayor Sylvester Turner said at a press conference.

Turner added that once the survey’s complete, he’ll make city resources available to act on its findings.

Residents of Greater Houston are being encouraged to participate in the survey for months to come.

Here are some of the report’s highlights: