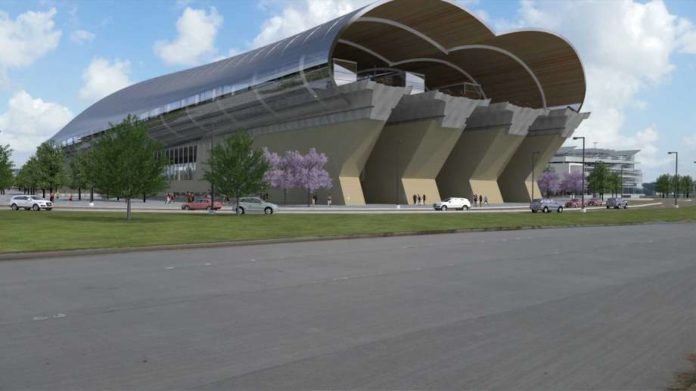 Many thought it was an impossible idea, but dozens attending tonight’s public meeting on the Houston-to-Dallas bullet train are afraid it will become a reality.

Earlier in the day, Texas Central picked Northwest Mall as the train station for Houston.

As crews move forward with plans for the high-speed train, families are worried it will make their lives worse, not better.

If there was anything to gauge the concern over high-speed rail, it was with the lines of people stretching out the door during the meeting.

“For the last three years, despite multiple written request, the (Federal Railroad Administration) has flat out refused to coordinate or meet with any local government. It is with Waller County on this project,” said another meeting attendee.

“We’re asking and begging you, Houston, to fight for our community and not just say a preferred route, but say no build at all,” one resident summed up.

And complaints were aired.

“High-speed rail is not viable in Texas.”

Plans call for a proposed 90-minute ride from Dallas to Houston that will, as advocates say, will revolutionize land-based travel in Texas.

The FRA laid out the plan for residents during public meetings – two took place Monday night. The developer Texas Central says the rail itself will enter the northwest side of the city along Hempstead Highway and wind up on the elevated track crossing over to Northwest Mall to welcome travelers to a large train station.

The FRA, however, is in for a fight. While some want a preferred route and different access point, residents say they are worried about the increased traffic in their community and the price tag.

The general sentiment is that residents worry that the cost will fall back on taxpayers.

“They will go after the rich railroad loans. That is your tax money, people.”

“We’re going to take them off the plane and put them on this train that’s going to cost the same amount. And then we’re going to find 12,000 Texans to get out of the cars to pay $400 for a train. And there’s no way this is going to happen.”