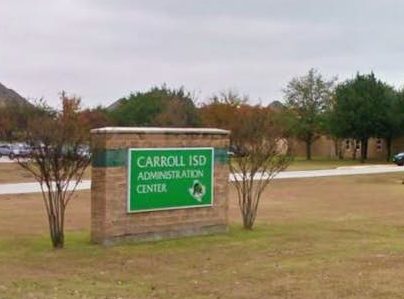 Carroll Independent School District punished the group of students for their offensive actions despite the video being recorded off school grounds, Fort Worth Star-Telegram reported. The district confirmed that students did indeed violate the student code of conduct, but they did not say what the consequences would be.

Carroll ISD student code of conduct states that “students are prohibited from…posting…messages that are abusive, obscene…threatening [or] harassing..” The policy also applies to any conduct off of school property if it relates to “disruption to the educational environment.”

District’s assistant superintendent for board and community relations, Julie Thannum wrote in an email on Monday, “Due to confidentiality laws, the district will not share the consequences handed down to students per the Student Code of Conduct. … But I can say they are being consistently applied.”

The video of Carroll High School students who are allegedly on the volleyball, cheer-leading and Emerald Belle team according to Facebook user Brian Cunningham, posted the social media video of themselves chanting “nigger” on Friday evening.

The Facebook user also claimed the white students in the video only received three days of suspension although the school district did not confirm the details of the students’ punishment.

School officials worked with parents to remove the video from offline and met with the students and their parents on Monday. Carroll ISD issued the following statement:

“We are extremely disappointed that any of our students would be involved in making a video involving a racial slur,” the statement read. “It’s a tough social media world out there for our kids, for sure. .. But as Dragons, we are better than this. We must value and respect everyone and avoid any actions that promote racism or hate speech.”