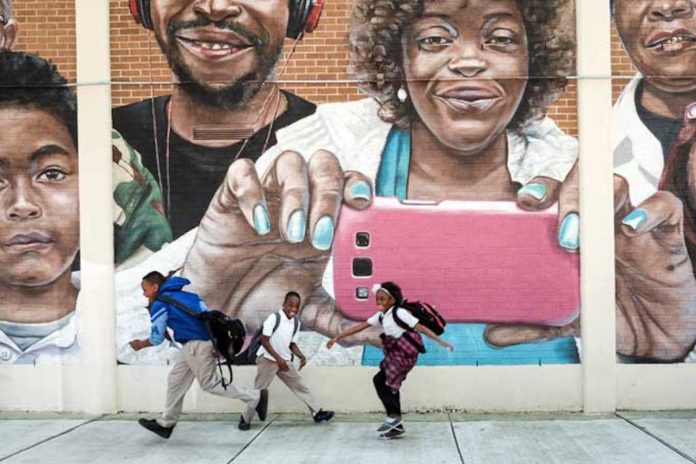 The Menninger Clinic, one of the nation’s leading mental health care systems, today announced $900,000 in grants and the 10 Houston-area organizations that will be a part of the 2017 BridgeUp at Menninger initiative. In its second year of funding, BridgeUp at Menninger is a collaborative that integrates evidence-based social and emotional learning (SEL) programs into classroom curriculum and after-school programs to help vulnerable middle and high school students succeed in school and beyond.

Launching with the 2017-18 school year, these BridgeUp at Menninger programs will impact more than 10,000 students at 20 schools in Houston, Galveston and Pasadena Independent School Districts. KIPP Connect Middle School is also an affiliate partner.

2017 BridgeUp at Menninger participating organizations include:

The model grants establish the framework for the BridgeUp at Menninger model by relying on collaboration and innovation to implement SEL components as well as metrics to measure the mental health and well-being of their students. The innovation grants implement SEL components into their existing classroom curricula or after-school initiatives with the goal of further developing collaboration and evaluation measures that align with the BridgeUp framework.

Funded by a $7.5 million grant awarded to Menninger by the David and Helen Gurley Brown Trust, BridgeUp at Menninger was created to improve the social, emotional and mental well-being of vulnerable adolescents whose lives have been challenged by economic, health and family hardships. According to the National Institute of Mental Health, half of all lifetime cases of mental illness emerge by age 14 and 75 percent by age 24. Contributing risk factors among adolescents can include anxiety about school, short periods of situational depression or the absence of various protective factors, such as family and community support systems.

“I’m thrilled about our 2017 BridgeUp at Menninger grant recipients because their proposed projects show they understand that mental health is foundational to success in life,” said Dr. C. Edward Coffey, Menninger’s president and CEO. “In addition to our legacy of providing premier mental health treatment at Menninger, we are equally passionate about promoting good mental health and preventing illness. That’s what BridgeUp is all about.”

Each of the grantees will follow the BridgeUp at Menninger framework which  consists of four primary components: The integration of SEL using the evidence-based Collaborative for Academic, Social and Emotional Learning (CASEL) framework; a mental health referral system that ensures students can access one-on-one counseling when needed; participation in the BridgeUp Impact Network that will be managed by the All Kids Alliance; and administering of the BridgeUp Healthy Kids Survey that will evaluate students’ progress.

The inaugural BridgeUp Healthy Kids survey was administered to students participating in the 2016 BridgeUp program and early results from that survey, which are expected to be released in the coming months, will serve as benchmark data.

“The BridgeUp Healthy Kids survey will be the first of its kind in Texas that measures social and emotional well-being in adolescents as well as the impact SEL programs have on those students,” said Patricia Gail Bray, Ph.D., director of BridgeUp at Menninger. “We’re eager to analyze and release the results of our inaugural

survey because it is integral to ensuring the long-term success and scalability of the BridgeUp at Menninger model.”

Bray adds that anecdotal evidence from the 2016 BridgeUp grant recipients, along with student success stories, have been positive. Multiple grantees reported improvements in their school’s social environments as well as reductions in behavioral infractions. To stay abreast of BridgeUp at Menninger announcements, including the release of the inaugural BridgeUp Healthy Kids survey, visit MenningerClinic.com and follow Menninger on Twitter and Facebook.

About The Menninger Clinic

For 27 consecutive years, The Menninger Clinic has been named a national Best Hospital in psychiatry by U.S. News & World Report in its annual survey of psychiatrists nationwide. Menninger’s mental health care system has become known for its expert team-based diagnostic assessments and treatment during its 92-year history. Innovative, personalized treatment approaches at Menninger continue to increase value for Texans and people nationwide to access the care that best meets their needs. Menninger is a private teaching hospital of Baylor College of Medicine’s Menninger Department of Psychiatry & Behavioral Sciences, and is a member institution in the Texas Medical Center.