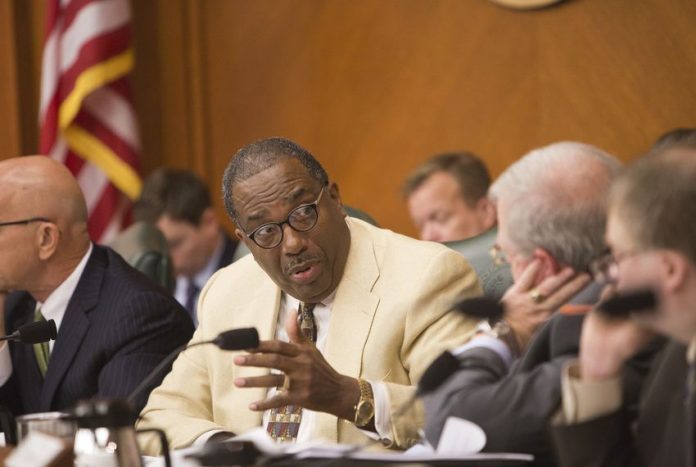 State Sen. Royce West, D-Dallas, seems to be in for the U.S. Senate race.

He has an announcement planned for Monday in Dallas, but on Friday, paperwork was filed with the Federal Election Commission establishing a “Royce West for U.S. Senate” campaign and declaring him a Democratic candidate for the seat. Moments later, his name showed up as a U.S. Senate candidate on the Democratic fundraising site Act Blue.

West didn’t immediately respond to a message seeking comment. Neither did the campaign’s treasurer, Barbara Radnofksy.

The assistant treasurer is listed as Mike Collier, the 2018 Democratic nominee for lieutenant governor. Collier said he has been discussing the race with West for months and plans to help with economic policy, as well as rural and suburban messaging. Collier came within 5 percentage points of Republican Lt. Gov. Dan Patrick, who presides over the state Senate.

West has been expected to run, and his latest moves come a day after another Democrat, Houston City Councilwoman Amanda Edwards, got in the primary to unseat U.S. Sen. John Cornyn, R-Texas. Democrats already running before Edwards include MJ Hegar, the former U.S. House candidate, and Chris Bell, the ex-Houston congressman.

Cornyn’s campaign reacted to Edwards’ candidacy by seeking to tie her to Elizabeth Warren, the liberal U.S. senator running for president. The campaign continued to raise the specter of Warren in response to West’s latest moves, citing his positions on abortion, property taxes and gun control.

“If Texans want an Elizabeth Warren clone with a long record of radical positions, look no further than Royce West,” Cornyn campaign manager John Jackson said in a statement.

West has been mostly tight-lipped about the race, but during a Dallas TV appearance Sunday, he offered a potential rationale for running.

“We’ve got to get people who can build bridges to help resolve some of the issues, as opposed to continuing to stay in the red corner or the blue corner,” West said. “And so if I decide to do it, that’s gonna be one of the reasons I decide to do it.”