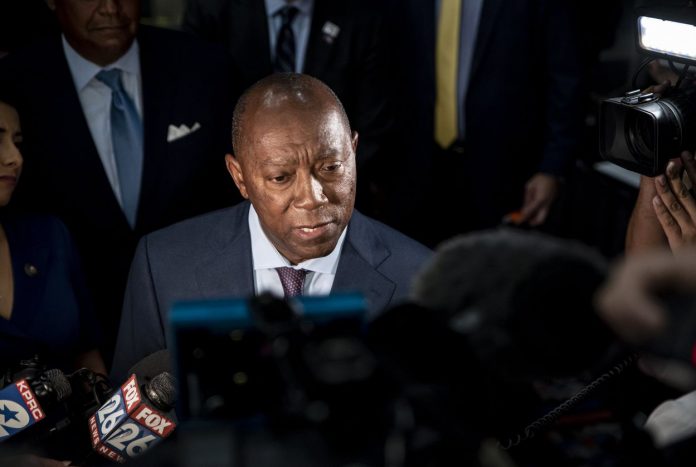 Incumbent Houston Mayor Sylvester Turner held a strong lead in his bid for reelection early Wednesday morning, but was short of the majority he would need to win outright.

As unofficial election results continued coming in overnight, Turner appeared poised for a runoff with Houston attorney Tony Buzbee. In third place was Bill King, the businessman who narrowly lost to Turner in the 2015 mayoral contest.

Dwight Boykins and Sue Lovell were among several others who also ran unsuccessfully to unseat Turner.

Turner is fighting for a second four-year team in the mayor’s office against Buzbee, who self-funded his campaign to the tune of around $10 million. The runoff for the mayoral race in the city of nearly 2.3 million people is slated for Dec. 14.

The race was nonpartisan, though Turner, a former longtime Democratic state representative, dogged Buzbee over his past financial support for President Donald Trump, an unpopular figure in the city. Eschewing party labels, Buzbee presented himself a political outsider determined to clean up City Hall corruption.