DefenderNetwork.com
Home LEAD STORY Teen admitted to all 20 colleges and universities he applied to for... 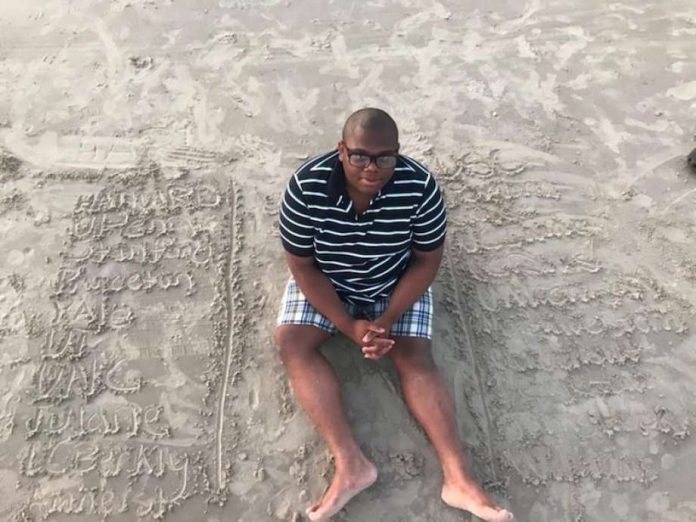 When Micheal Brown was in elementary school, he watched his mom earn a college degree that expanded her options and launched her career. Now, the Lamar High School senior is ready for college himself — and thanks to her example and a 4.68 GPA, he has more options than he ever imagined.

Brown, a 17-year-old from Houston’s Third Ward, applied to 20 colleges and universities, including four Ivy League schools. He’s been accepted by every one, with a full ride to each and more than $260,000 in scholarships.

“It’s surprising I was accepted to all of them,” Brown said Sunday, a few days after the last of the acceptance emails rolled in. But his principal and counselors are not surprised at all.

Beyond the sky-high GPA, Brown is involved in a long list of extracurricular activities, including debate. He volunteers. And the future political science major is politically involved — most recently, he worked on Mayor Sylvester Turner’s election campaign.

Brown hasn’t made a final decision yet, but he has narrowed his list to seven schools. “In no particular order,” they are: Northwestern, Georgetown, Princeton, Yale, the University of Pennsylvania, Harvard and Stanford.

Every time a message from a college popped up, Brown said, “I got nervous, because I don’t think anyone ever wants to be rejected.”

But every time, the schools said yes — from Stanford to Princeton, Amherst to Vanderbilt, Johns Hopkins to the University of Texas at Austin.

It’s not privilege or money that put Brown on the radar of so many selective schools.

“If you look strictly at statistics and demographics, then the cards were stacked against him,” said Lamar principal James McSwain. The teen’s success is an example, he said, of what can happen “when the forces line up the right way” — when kids are given opportunity, support and good direction.

The Houston ISD student has benefited from several college prep programs, including EMERGE, which started in HISD and has now spread to Spring and Spring Branch ISDs. EMERGE offers workshops, guidance, college visits and test prep to help kids from underserved communities find their way to some of the best schools in the country.

Low-income kids have trouble finding their own way to top colleges, said EMERGE founder Rick Cruz. “The kids have a drive — they have the desire — but they don’t necessarily know how to access these types of opportunities.”

Brown says he got serious about college toward the end of his ninth-grade year.

“I got very serious about finding ways to get extra-involved in my community and be prepared for college admissions when I got older,” he said. He “fell in love” with debate his sophomore year, got involved in political activism — it was simply a matter of “finding what I enjoy doing and doing those things well.”

Norman Clark II, an EMERGE academic program director, started working with Brown in his junior year. From the beginning, he saw a focused, smart student with a strong sense of who he was and where he wanted to go.

“He was already on that top-tier track,” Clark said. “But this program sort of helped to expedite the process.”

Brown gives his mom, Berthinia Rutledge-Brown, much of the credit for his success.

“After she got divorced, she decided she needed to get a better job,” he said. Rutledge-Brown enrolled at Houston Community College and worked hard to become a licensed counselor when Brown was 8 or 9 years old.

“That’s the first time I understood what going to college might look like,” he said. “And seeing how important it was to my mom was important to me. I don’t even think she really knew that I saw, that it had an impact on me — but it did.”

She’s still showing him how to strive, Brown said; she now works two jobs as a chemical dependency counselor.

“The best lesson she taught me was through her actions and her working hard and dedicating herself — just doing what she tells me I should do.”

Brown is not the first area teen to excel at college admissions. Just last year, Alief ISD student Amina Mabizari was accepted by seven of the Ivy League’s eight schools.

McSwain said these stories are extreme examples of how students across the area are “making something of themselves” and finding opportunity.

“Education is the great equalizer in this country,” he said. “It enables you to move up and down socially. Education enables you to become something that maybe you never dreamed you could become.”

Brown predicts that his final college decision will be between Harvard and Stanford. He’ll visit both campuses and make a decision by the May 1 deadline. But Clark, the EMERGE program director, doesn’t want him to rush.

“He could throw a dart at any of the schools and he’s going to be just fine, so there’s no pressure coming from me,” Clark said. “He has a track record of making great decisions. Now it’s up to Michael.”