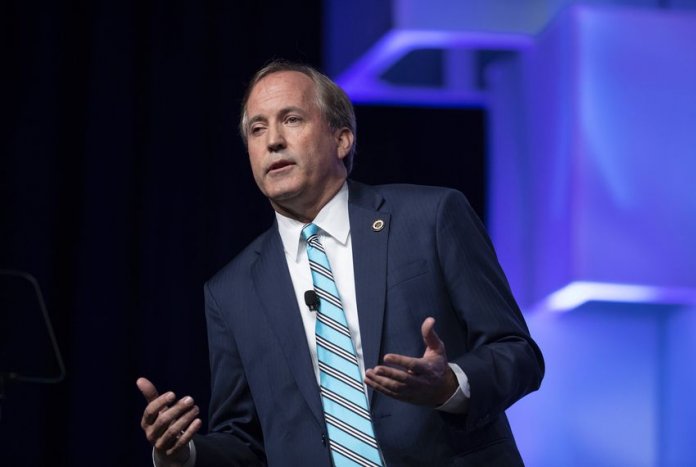 When former Secretary of State David Whitley launched a review of the Texas voter rolls for supposed noncitizens, his office marked almost 100,000 voters for two reviews — one by county officials to question their voter eligibility and another by the Texas attorney general’s office for possible criminal prosecution.

The counties halted their work — though some never actually started — after a federal judge put the review on hold over questions of constitutionality raised in three federal lawsuits. But it appears that the state’s top prosecutor, who boasted his office would “spare no effort in assisting with these troubling cases,” has not.

More than a month after a legal settlement was reached to scrap the review,Paxton’s office has indicated it is keeping open the criminal investigation file itinitiated based on the secretary of state’s referral. That’s even after the list was discredited when state officials realized they had mistakenly included 25,000 people who were naturalized citizens and admitted that many more could have been caught up in the review.

Paxton’s office made that indication in a letter this week denying The Texas Tribune’s request for a copy of the list of flagged voters.

The Tribune originally requested the list soon after Whitley announced the review. But the attorney general — whose office also serves as the arbiter of disputes over public records — decided that the list could remain secret under an exemption to Texas public information law that allows a state agency to withhold records if releasing them “would interfere with the detection, investigation, or prosecution of crime.” The office separately confirmed that it had opened a “law enforcement investigation file.”

“As the law, facts, and circumstances on which that ruling was based have not changed, we will continue to rely on that ruling and withhold the information at issue,” Lauren Downey, an assistant attorney general, told the Tribune in an email.

The attorney general’s office has not given any public indication that it has pursued criminal charges based on the list. But it declined to answer specific questions about the fate of its investigation into the voters on the state’s original list now that the review has been ditched, offering instead a more general comment on their investigations.

“Our office has made ensuring the integrity of our elections a top priority and continue to do so,” Paxton spokesman Marc Rylander said in an emailed statement. “We perform due diligence on all criminal matters referred to us, including noncitizen voting, several of which we have successfully prosecuted in recent years.”

A spokesman for the secretary of state also did not respond to questions on whether officials would be rescinding the referral of the list.

But opponents of the review who took the state to court said it was concerning that the criminal investigation appears unfinished.

The methodology the state used was fundamentally flawed because it did not account for individuals who had naturalized in recent years. The secretary of state’s office had compiled its list of “possible non-U.S. citizens” by comparing the state voter roll to a list of Texans who at some point in recent years told the Department of Public Safety they were noncitizens when they obtained driver’s licenses or ID cards. On top of the 25,000 that were mistakenly included on the list, county officials were able to identify more than 1,000 naturalized citizens on the list before their reviews were halted by federal District Judge Fred Biery, who worried the state’s efforts treated foreign born voters differently than those born in the country.

The settlement agreement focused on ending the state’s botched review — and not the criminal investigation — but the list that prompted the review was undermined after it was clear that tens of thousands of people on the list were legitimate voters.

“It’s very troubling that the attorney general would base an investigation on a debunked list that we know contains tens of thousands of naturalized citizens,” said Nina Perales, vice president of litigation of the Mexican American Legal Defense Fund, which sued the state on behalf of several naturalized citizens. “If the only basis of the investigation is that voters are naturalized U.S. citizens, then that’s discriminatory and unconstitutional.”

Throughout the debacle, Paxton’s office has offered mix signals on whether it was investigating voters on the list.

Notably, keeping the investigation file open allows the attorney general to continue relying on the public information law to keep the list hidden — a troubling point for those who fought to end the review.

“The attorney general’s office is actively using a list that we know is fundamentally flawed [and] is racist because it includes an untold number of naturalized citizens on the list,” said Beth Stevens, voting rights legal director with the Texas Civil Rights Project. “And now they’re utilizing this law enforcement exemption very broadly to shield any action that they’re taking from the public eye.”