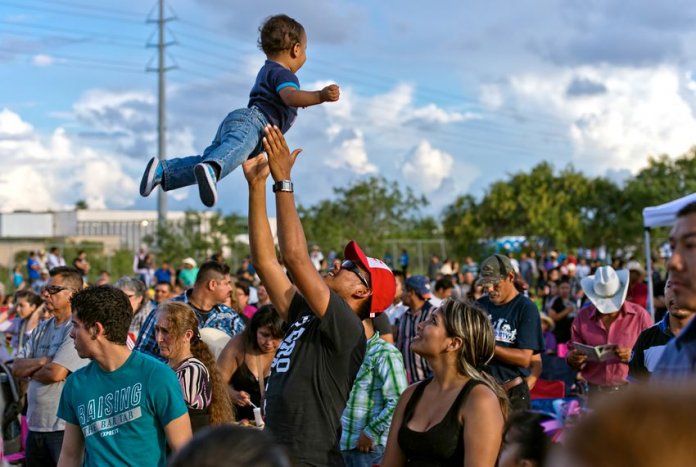 The gap between Texas’ Hispanic and white populations continued to narrow last year when the state gained almost nine Hispanic residents for every additional white resident.

With Hispanics expected to become the largest population group in Texas as soon as 2022, new population estimates released Thursday by the U.S. Census Bureau showed the Hispanic population climbed to nearly 11.4 million — an annual gain of 214,736 through July 2018 and an increase of 1.9 million since 2010.

The estimates come as lawmakers begin to sharpen their focus on the 2021 redistricting cycle, when they’ll have to redraw the state’s congressional and legislative maps to account for population growth. And they highlight the extent to which the demographics of the state continue to shift against the Republican Party.

During the last go-around, which is still being litigated in federal court, Hispanics accounted for about 65% of the state’s growth. With about two years of growth left to go, their share of Texas’ population increase since 2010 reached 54% last July.

The Hispanic community is growing in numbers across the state. But 47% of Texas Hispanics now live in the state’s five biggest counties — Harris, Bexar, Dallas, Tarrant and Travis. Home to Houston, Harris County leads that list with more than 2 million Hispanic residents. But Hispanic growth since 2010 continues to be most significant in Tarrant County.

But while Hispanics’ numbers are growing the most, the state’s Asian community is growing the fastest.

The number of black Texans continues to grow, but their share of the state’s population has remained mostly stagnant in recent years, at around 12%. Nationally, Harris County had the largest increase in black residents, gaining 14,017 people last year.